ONEONTA, Ala. (AP) — The man who dumped hundreds of FedEx packages in a roadside ditch in Alabama told investigators he was dealing with a death in the family and did not want to deliver the items, a sheriff said Friday.

Blount County Sheriff Mark Moon identified the suspect as 22-year-old Deandre Rayshaun Charleston of Adamsville, Alabama. Charleston was facing five warrants for cargo theft. It was not clear whether he had an attorney.

Charleston was out making deliveries for another company on Friday, and sheriff’s officials expected to take him into custody at the end of the day, Moon said.

“It appears that he was very sorrowful for what he had done and just admitted that he was having some hard times in his life and made poor choices,” Moon said. “Hopefully, this will be one of those very hard life lessons that he will learn from and be able to move forward in his life. That’s what we really want.”

The packages were discovered in November in a ravine on private property near the small town of Hayden about 30 miles (50 kilometers) north of Birmingham, authorities have said.

They included children’s toys and pet items and reflected five separate dumps, according to Moon. He said Charleston worked for a contractor that delivered packages for FedEx.

Officials were able to identify the correct destination for a little more than 150 of the packages. But they could not determine the right address for nearly 250 others, according to Moon. Moon valued those packages at almost $25,000.

Following the discovery, deputies guarded the site, and FedEx sent multiple trucks and drivers from across the South to take away the packages, the sheriff has said previously. 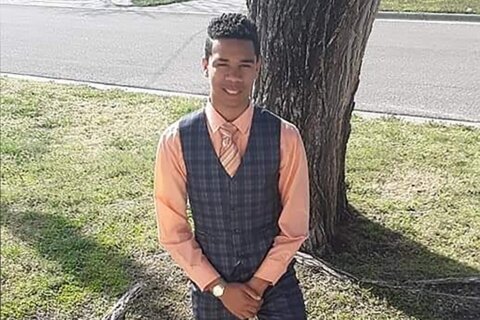 David Ortiz was elected to the Hall of Fame his first time on the ballot; Barry Bonds, Roger Clemens were denied entry