The mayor of San Francisco on Tuesday announced even more initiatives aimed at curbing open drug use, brazen home break-ins and other criminal behavior that she says have made a mockery of the city's famed tolerance and compassion.
Listen now to WTOP News WTOP.com | Alexa | Google Home | WTOP App | 103.5 FM

SAN FRANCISCO (AP) — The mayor of San Francisco on Tuesday announced even more initiatives aimed at curbing open drug use, brazen home break-ins and other criminal behavior that she says have made a mockery of the city’s famed tolerance and compassion.

Mayor London Breed said at a news conference attended by the police chief and other public safety personnel that she would introduce legislation to allow law enforcement real-time access to surveillance video in certain situations and to make it harder for people to sell stolen goods.

She also announced emergency intervention to improve safety in the Tenderloin, one of the poorest and most drug-infested neighborhoods in San Francisco, where parents have pleaded for protection from drug dealers and violent street behavior. The neighborhood contains several government buildings, including City Hall.

“What I’m proposing today, and what I will be proposing in the future will make a lot of people uncomfortable, and I don’t care,” said Breed, a Democrat. “We are past the point where what we see is even remotely acceptable.”

She said it’s time to get aggressive and “less tolerant of all the bull— that has destroyed our city.”

The announcement follows a meeting the mayor had last week with Tenderloin families, as well as a report by The Associated Press describing the frustrations of some residents who say the city is in decline. They said despite San Francisco’s wealth, city officials are not doing enough to keep streets cleared of human feces and trash, provide housing to people experiencing homelessness, and deter drug dealers.

They are also upset that San Francisco public schools spent much of last year teaching remotely while neighboring districts and private schools within the city provided in-class instruction.

Criminal justice advocates in favor of less incarceration say the media has been drumming up fear in a city where overall crime rates have declined in recent years. Increased enforcement, they say, only ends up harming the most vulnerable, including Black and homeless residents, without improving public safety.

Similar debates are taking place across the country in liberal cities where the murder of George Floyd led to a surge of progressive activism that included calls to rethink the way cities deal with crime. Some cities where there were calls to defund the police, including Portland, Oregon, have moved in recent months to bolster police budgets.

John Hamasaki, a San Francisco police commissioner and defense lawyer who is highly critical of extra policing and surveillance, said Tuesday that taxpayer money is better spent on services, treatment and housing.

He said the city should open a supervised drug consumption site and act to treat addiction rather than using methods that will shove dealing into other neighborhoods.

“The situation in the Tenderloin isn’t ultimately going to be solved through more policing,” he said. “It seems like we’re doing the same dance over and over and expecting different results.”

But Randy Shaw, executive director of the Tenderloin Housing Clinic, which provides legal services and housing to low-income people, said more police patrols would deter dealers and make the neighborhood safer for residents. At the same time, he has heard the mayor’s promises before and seen little concrete action.

“I’m glad the mayor’s coming out like this, but it’s really actions speak louder than words,” he said. “We heard a lot of commitments, and now we have to make sure they happen.”

Breed has directed the city’s Department of Emergency Management to lead the response in the Tenderloin, much like the agency coordinated efforts to address the pandemic. The department will, in part, streamline emergency medical calls, disrupt drug dealing and use, and clean up “nasty streets,” she said.

“And when I say nasty, full of feces and urine, that the Department of Public Works is cleaning every single day, but it comes back just a few hours later,” she said.

Breed said she would ask the Board of Supervisors for more money to pay for police overtime and to increase the department’s budget. Legislative changes would also require the board’s support, which is not guaranteed.

San Francisco Police Chief Bill Scott said the criminal justice system has changed so that drug possession doesn’t land a person in jail and that police now try to balance enforcement with offers of help to those suffering with addiction and homelessness.

“But at the end of the day, at the end of all of this people will not be allowed to smoke meth, to smoke fentanyl, to inject heroin in their arms in public spaces,” he said. 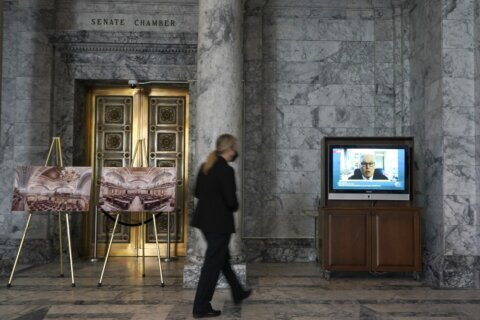 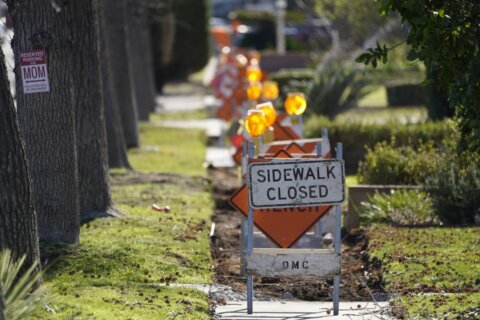