The suburban Minneapolis police officer on trial for fatally shooting Daunte Wright has said she mistakenly used her gun when she was trying to grab a Taser during a chaotic attempt to arrest the Black motorist.

Policing experts say that regardless of Kim Potter’s intent, the fatal shooting was preceded by smaller mistakes or questionable decisions that added up to a dangerous situation as she was training a new officer. They also say the tragic outcome shows how important it is for veteran officers like her to have not just the savvy to train rookies, but the willingness to correct them instantly in risky situations — even if it means the trainee might lose face.

“The number one priority isn’t the long-term outcome of training an officer, it’s the short term of safety,” said Brian Higgins, an adjunct professor at the John Jay College of Criminal Justice and the former chief of police and director of public safety for Bergen County, New Jersey.

“Knowing when to step in is a difficult decision sometimes, and I’m sure many times field training officers look back and go ‘Wow, I should have stepped in sooner.’”

Potter, who is white, is charged with first- and second-degree manslaughter in the April 11 killing of Wright, who was pulled over in the Minneapolis suburb of Brooklyn Center for having expired license plate tags and an air freshener hanging from his rearview mirror. The jury began deliberating on Monday.

Potter was training a newer officer, Anthony Luckey, that day, and she testified that if she had been alone, she “most likely” wouldn’t have pulled over Wright, who was 20 years old. She said the air freshener was trivial and that many people were having difficulty renewing their tags at that stage of the pandemic.

But Potter said Luckey wanted to make the stop and she allowed it because it’s important for trainees to have many encounters with the public.

Policing experts agree that it’s good for trainees to interact often with the public so that they learn the intangible skills the job requires. But using traffic violations as a way to check for more serious lawbreaking — criticized by some as pretext stops — has come under scrutiny, especially because some of these stops have led to the deaths of Black people in recent years.

Carl Lafata, a professor of criminal justice at Minnesota State University in Mankato, said such stops can erode community trust if they’re used too aggressively. The Wright stop could have been a chance for Potter to teach Luckey “the art of the job,” he said.

“How do you do it in such a way that is safe, that is professional, that leaves that person with a good taste in their mouth?” he asked.

After Potter and Luckey discovered that Wright had an outstanding warrant on a weapons charge, body camera video recorded them making a plan to arrest Wright.

That should have been a point at which the officers’ level of caution went up, especially in the midst of field-training a new officer, Higgins said. Learning how to correctly handcuff and control someone is a basic but critical process for police officers. If a trainee struggles to the point of risking someone’s safety, a field training officer should step in, he said.

“When an officer has made a decision to place someone under arrest, that’s when you enter in many cases the real dangerous situation,” he said. “And that’s why handcuffing and controlling the subject is critical, regardless of what the charge is.”

Ryan Getty, a professor at California State University at Sacramento who has specialized in developing police field training, said field training officers usually don’t allow trainees to make arrests on their own until the latter half of their training program. Although Luckey had gone through field training programs at other police departments, he was in the second of four phases with the Brooklyn Center police force.

“Usually the (field training officer) takes over if it’s a violent arrest or warrant,” Getty said.

Luckey, Potter and the third officer who responded to the scene, then-Sgt. Mychal Johnson, all approached Wright’s car, with Luckey taking the lead as Wright stood outside his car.

As Luckey struggled to handcuff him, Potter tried to assist, placing her hand on Wright’s arm.

That move made sense to the police training experts, who said training officers will usually try to nonverbally take charge of an arrest where police lose control.

“When it’s clearly going south, then the (field training officer) needs to step in and take charge,” Lafata said.

But then Wright made a break for his car and got behind the wheel.

Potter’s former chief, Tim Gannon, testified that he saw no error by Potter in procedure. But he faulted Luckey for not moving Wright away from his open car door.

“What training tells us to do is to move him to the rear of the car away from the open door or close the door behind him,” testified Gannon, who resigned two days after the shooting — the same day Potter quit.

Lafata and Higgins highlighted the same error. “You want to avoid any sort of opportunity for the person to get back into the car and flee,” said Lafata, who previously served as a state trooper in Michigan.

When prosecutors questioned Potter about why she didn’t step in at that point, she testified that she “wouldn’t do that to a rookie in front of a suspect.”

Gannon agreed in his testimony, calling it an action he would not have addressed until afterward.

Higgins said a general “good rule” is to let a trainee officer “work through his or her actions and afterward try to critique it.”

“But if there is any concern having to do with safety, you have a responsibility to train them and keep them safe,” he said. “If her concern was that his actions were unsafe because he did not position the individual correctly during the arrest, she has to interject herself.”

Field training officers “don’t want to be the bad guy or girl,” but ensuring someone is trained properly is critical in policing where the health and safety of everyone involved can be at stake, Higgins said.

Getty questioned whether Potter was even qualified to be a field training officer because she made the fatal error of grabbing her handgun instead of a Taser.

“When it comes to panic time, if they don’t have that experience, they just go back to how they are trained,” he said, adding that field training officers “are supposed to be the best of the best officers.” 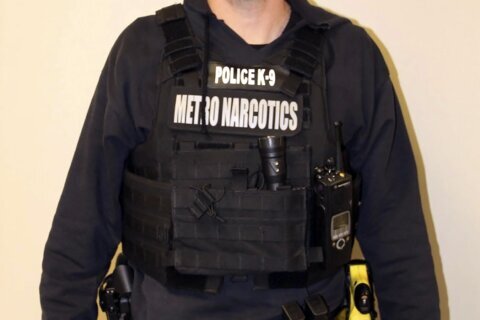