GENEVA (AP) — Over Ethiopia’s objections, the U.N.’s main human rights body voted Friday to create an international team of experts to boost scrutiny of rights abuses in the devastating yearlong war between Ethiopian government forces and fighters from the country’s Tigray region.

Ethiopia’s government decried a “neocolonialist mentality” after the European Union and other Western countries sought a special session of the Human Rights Council to ratchet up attention on the conflict that has left tens of thousands dead.

A resolution that won the council’s approval on a 21-15 vote with 11 countries abstaining creates a three-person team with a one-year mandate to monitor and report on rights abuses in Ethiopia.

The push from EU and other Western countries demonstrates their frustration that a joint investigation between Ethiopia’s human rights commission and the U.N. human rights office, which culminated with a report last month, didn’t go far enough.

“The conflict has continued with ongoing fighting beyond the borders of Tigray. Our office continues to receive credible reports of severe human rights violations and abuses by all parties,” the U.N. deputy high commissioner for human rights, Nada al-Nashif, told representatives at Friday’s session. “The humanitarian impact of the conflict is increasingly dramatic.”

Nearly 10 million people in northern Ethiopia face acute food insecurity, and at least 2 million have been forced to flee their homes. Humanitarian workers have little access and face hostility. Ethiopia’s government has sought to restrict reporting on the war and detained some journalists, including a video freelancer accredited to The Associated Press, Amir Aman Kiyaro.

Between 5,000 and 7,000 people swept up under Ethiopia’s new state of emergency remain detained, most of them Tigrayans, al-Nashif said: “Many are detained incommunicado or in unknown locations. This is tantamount to enforced disappearance, and a matter of very grave alarm.”

The government-created Ethiopian Human Rights Commission acknowledged in a statement this week that there was “value-added” in encouraging the joint investigation to continue, but said creation of a new body “is repetitive, counterproductive to ongoing implementation processes, and further delays redress for victims and survivors.”

Ethiopia’s ambassador in Geneva, Zenebe Kebede Korcho, said his government rejects the draft resolution the Human Rights Council is considering. At Friday’s session, he called the resolution a “deliberate destabilization effort” and said the government “will not cooperate with any mechanism imposed on it.” The Africa group of nations at the council backed his position in a separate statement.

“Multilateralism, after all these years, is once again being hijacked by a neocolonialist mentality. Ethiopia is being targeted and singled out at the Human Rights Council for defending a democratically elected elected government,” the ambassador said. “The council is being used as an instrument of political pressure.”

The Ethiopian ambassador said Ethiopia’s government had set up an “inter-ministerial task force” in response to the human rights report issued last month, and it has begun work.

The joint report decried the “terrible toll on civilians” in the conflict in the Tigray region, and human rights violations and abuses committed by all sides. The rare collaboration by the U.N. human rights office with the Ethiopian Human Rights Commission was hampered by authorities’ intimidation and restrictions, and didn’t visit some of the war’s worst-affected locations.

The U.N. human rights chief, Michelle Bachelet, has said all sides in the war in the Tigray region have committed brutal abuses that could amount to war crimes and crimes against humanity.

The investigation broke little new ground and confirmed in general the abuses described by witnesses throughout the war. But it gave little sense of scale, saying for example that the more than 1,300 rapes reported to authorities were likely far fewer than the real number.

The government has insisted the report cleared it of allegations that genocide was happening in Tigray.

The conflict erupted in November 2020 after a political falling-out between the Tigray forces that long dominated the national government and Prime Minister Abiy Ahmed’s current government. Ethnic Tigrayans across the country have reported being targeted with arbitrary detentions, while civilians in Tigray have described gang rapes, human-caused famine and mass expulsions.

The Tigray forces now face a growing number of allegations of abuses after taking the fighting into Ethiopia’s neighboring Amhara and Afar regions in recent months. The joint investigation didn’t examine that period.

For a special council session to take place, the support of one-third of its 47 member states is required.

Cara Anna in Nairobi, Kenya, contributed to this report. 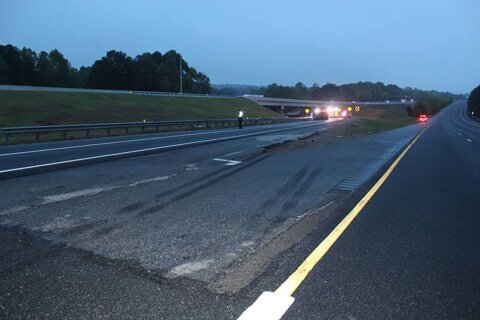