NEW YORK (AP) — A New York state judge was convicted Monday of obstructing a federal probe into one of the nation’s oldest and largest credit unions for over a half million New York City workers, including hospital employees, as well as state and federal workers.

At the end of a two-week trial, State Supreme Court Justice Sylvia Ash, 64, of Brooklyn, was convicted of conspiracy, obstruction of justice and making a false statement to a federal agent. She was acquitted of another obstruction count.

The verdict was returned in Manhattan federal court after jurors heard evidence supporting charges that she took steps over multiple months to obstruct the investigation into financial misconduct at the Municipal Credit Union while she chaired the organization’s board of directors.

“Obstruction of justice, particularly by a sitting state court judge, is a serious crime, and Ash now faces punishment for her obstruction scheme,” U.S. Attorney Damian Williams said in a release.

The credit union is a non-profit financial institution headquartered in New York City that provided banking services to over a half million members. It did not immediately respond to a message seeking comment.

Authorities said the obstruction occurred while Ash, a Brooklyn judge, was on the credit union’s board of directors from May 2008 to August 2016, when she resigned. She had served as the board’s chair from May 2015 until her resignation.

Prosecutors said Ash received tens of thousands of dollars in reimbursements and other benefits from the credit union from 2012 through 2016. The reimbursements included payments for airfare, hotels and entertainment for her and a guest to attend conferences domestically and abroad, along with annual birthday parties at a minor league baseball stadium and payment for phone, cable bills and electronic devices, authorities said.

Sentencing was set for April 20. 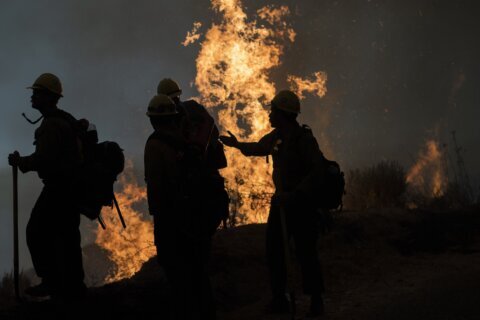