PHOENIX (AP) — Attorneys for a Mexican woman who was shot in the head by a Border Patrol agent and…
Listen now to WTOP News WTOP.com | Alexa | Google Home | WTOP App | 103.5 FM

PHOENIX (AP) — Attorneys for a Mexican woman who was shot in the head by a Border Patrol agent and survived announced Wednesday that they filed a claim against the U.S government as a precursor to a federal lawsuit.

The claim filed with the Border Patrol by Marisol García Alcántara, who had arrived in the U.S. shortly before the shooting over the summer in Nogales, Arizona, is necessary before a civil action is filed next year with the U.S. District Court in Tucson.

“I want to know why, why did they do that and why me?” García, 37, said in an interview last week from her family home outside Mexico City.

“I am looking for justice. I want an apology from that person and help for medical care and medicine because I can’t work,” she said.

The bullet entered García’s head above her left eye and fragments still remain in her brain, putting her at risk of seizures. She said that a half-year later she still suffers from loss of memory, dizzy spells and headaches.

Customs and Border Protection, which oversees the Border Patrol, said the agency could not comment because the shooting was still being investigated internally by its Office of Professional Responsibility. It will also be reviewed by the CBP’s National Use of Force Review Board.

The agent’s identity has not been revealed.

García’s legal team have said the Border Patrol is not in a position to impartially investigate the June 16 shooting. They point to longstanding concerns over Border Patrol units known as Critical Incident Teams, which collect information about agents’ use of force.

Detractors call them “shadow units” that may impede investigations into whether agents’ actions are justified.

Attorney Eugene Iredale, who is representing García, called the teams “the administrative equivalent of an anti-internal affairs squad designed to protect the agency” from liability.

The Southern Border Communities Coalition, a nonprofit advocacy group, on Wednesday reiterated calls for a congressional investigation into the shooting and the Critical Incident Teams.

“This incident is not unique,” said Rep. Raul Grijalva, a Democrat who represents southern Arizona and supports such an inquiry. “This is a pattern that needs to be dealt with.”

CBP said the Critical Incident Teams do not lead investigations, but rather collect evidence for other agencies, in this case under the direction and supervision of the FBI.

García said American officials never asked her about the shooting.

“No one investigated,” she said. “I returned to Mexico without making a declaration.”

García said she had gone to the U.S. to visit her mother and look for work to support her three daughters.

Shortly after arriving in the U.S., she was among a group of people riding in a SUV in the border city of Nogales, Arizona, sitting behind the driver. She heard a siren, felt pain in her head, and her vision blurred while people in the vehicle tended to her wound.

She was rushed to a nearby hospital then flown by helicopter to another one in Phoenix where she had surgery that night. García said after two days in Phoenix, she was taken to a detention center for several weeks until she was sent back to Mexico.

The announcement of the claim comes just days after Chris Magnus, the reform-minded Tucson police chief, was sworn in as CBP commissioner. Magnus updated Tucson’s use-of-force policies and made many other changes during his time with the department. 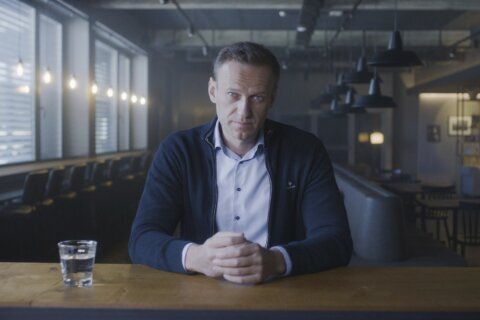