CHICAGO (AP) — Jussie Smollett was convicted on charges that he lied to Chicago police when the former “Empire” actor and R&B singer reported being the victim of a racist and homophobic attack nearly three years ago. Some key moments in the story:

— Smollett receives a racist and homophobic threatening letter at the studio in Chicago where “Empire” is filmed. Police later say they believe Smollett sent the letter himself.

— Jussie Smollett tells police he was attacked by two men in downtown Chicago at 2 a.m. The actor says the men used racist and homophobic slurs, wrapped a rope around his neck and poured an “unknown substance” on him. Police say Smollett, who is Black and gay, told detectives the attackers also yelled he was in “MAGA country,” an apparent reference to President Donald Trump’s “Make America Great Again” campaign slogan that some Trump critics call racist and discriminatory.

— Chicago police say they’ve reviewed hundreds of hours of surveillance camera footage, including of Smollett walking downtown, but none shows the attack. Police obtain and release images of two people they want to question, calling them “persons of interest.”

— Reports of an assault on Smollett draw outrage and support for him on social media from some politicians and celebrities.

— Smollett’s family issues a statement calling the attack a hate crime and disputing claims that he changed his story.

— Smollett issues a statement saying he’s OK, that he’s working with authorities and has been “100 percent factual and consistent on every level.”

— Smollett opens a concert in West Hollywood, California, with an emotional speech, saying he had to play the show because he couldn’t let his attackers win.

— Chicago police pick up two brothers at Chicago’s O’Hare International Airport after police learn at least one worked on “Empire.” Police question the men, who were returning to Chicago from Nigeria, and search their apartment.

— Chicago police release the brothers without charges after arresting them on suspicion of assault and holding them for nearly 48 hours. A police spokesman says they’re no longer suspects.

— Police say the investigation has “shifted” after detectives questioned the brothers, and request a follow-up interview with Smollett. His lawyers say he feels “victimized” by reports that he played a role in the assault.

— Chicago police reach out to Smollett’s attorney saying they still want to interview him again because new information has “shifted” their investigation.

— Chicago’s top prosecutor, Cook County State’s Attorney Kim Foxx, recuses herself from the investigation. Her office says the decision was made “out of an abundance of caution … to address potential questions of impartiality based upon familiarity with potential witnesses in the case.”

— Prosecutors charge Smollett with disorderly conduct for filing a false police report about the alleged attack.

— Chicago police say Smollett surrenders to face a felony charge of disorderly conduct, punishable by up to three years in prison.

— Chicago Police Superintendent Eddie Johnson says Smollett staged the attack because he was unhappy with his salary and wanted publicity. Investigators say they have a $3,500 check that Smollett used to pay the two brothers to help him.

— “Empire” producers say Smollett’s character to be removed from the final two episodes of the season.

— Smollett’s attorneys say charges alleging he lied to police have been dropped.

— A city official says Chicago is seeking $130,000 from Smollett to cover the cost of the investigation into his reported beating, which police say was staged.

— The city of Chicago files a lawsuit seeking to recoup the investigation costs.

— The Cook County State’s Attorney’s Office releases thousands of documents in the Smollett case in response to open records requests, including a text from Foxx calling Smollett a “washed up celeb” who was overcharged.

— The brothers who said they helped Smollett stage the attack file a defamation lawsuit against the actor’s attorneys.

— Judge James Linn denies a last-ditch effort to dismiss the criminal case against Smollett and sets his trial for Nov. 29.

— Smollett testifies in his own defense.

— A jury convicts Smollett on five counts of disorderly conduct, and acquits him on a sixth count.

Preteens may be vaxxed without parents under California bill 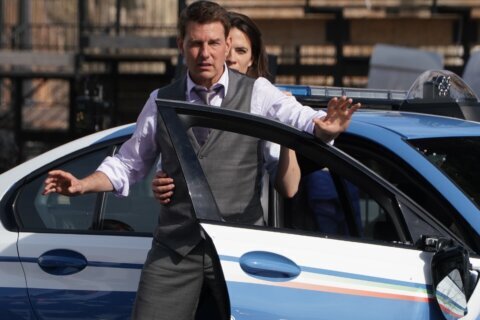