COLUMBUS, Ohio (AP) — A judge is weighing arguments about whether to dismiss the 25-count murder case against an Ohio doctor accused of ordering excessive painkillers for hospital patients.

William Husel’s lawyers say he was providing comfort care to the dying, not trying to kill them sooner, and contend the charges were built on misrepresentations.

Defense attorneys argued in a hearing Wednesday in Columbus that the fentanyl dosages involved — all at least 500 micrograms of the powerful painkiller — wouldn’t necessarily be uniformly lethal for such patients. They argued that public comments made by the longtime prosecutor who initially handled the case suggest the prosecution must have misled the grand jury about that, despite having records from a patient who was given even larger doses and lived for days.

“That’s where the answer lies: What was exactly told to that grand jury, whether it was false or not, and whether it was knowingly false,” defense attorney Jaime Lapidus said.

But those grand jury proceedings have remained secret, and the current prosecutors argue that Husel’s team hasn’t proved there was any misconduct in what was said to the grand jury that indicted Husel.

“It is mere speculation on their part as to what was presented to the grand jury,” said David Zeyen, an assistant prosecutor.

Franklin County Judge Michael Holbrook said he anticipates making a decision within days about the defense motion seeking to get the case dismissed. If the case continues, a trial is scheduled for February.

Husel, 46, has pleaded not guilty. The Columbus-area Mount Carmel Health System said its review concluded he ordered excessive painkillers for about three dozen patients who died over several years, but the fired doctor was charged only in cases involving at least 500 micrograms of fentanyl.

It’s one of the biggest cases of its kind ever brought against a U.S. health care professional.

Husel’s colleagues who administered the fentanyl were not criminally charged, but 23 nurses, pharmacists and managers were fired by Mount Carmel after its investigation. Some were referred for state boards to consider disciplinary action.

Mount Carmel has reached over $17 million in settlements related to Husel’s patients. Some families still have lawsuits pending. 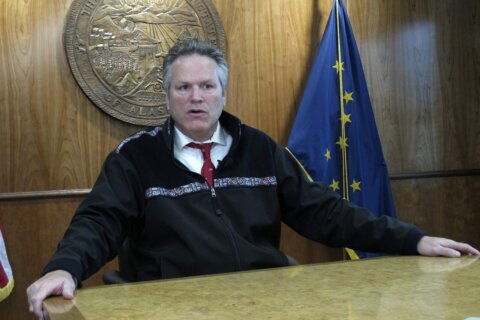