DES MOINES, Iowa (AP) — The Trump administration overpaid corn farmers by about $3 billion in federal aid in 2019 and farmers in the South were paid more for the same crops than those elsewhere in the country, a federal watchdog agency has found.

The Government Accountability Office said in a report released Monday that international disputes resulting from tariffs imposed by President Donald Trump hurt farmers but that the U.S. Department of Agriculture’s county-by-county methodology for computing the extent of damage was flawed, leading to overpayment and inconsistent compensation.

“Though corn yields are higher in the Midwest and West, corn producers received an estimated average of $69 per acre in the South, $61 in the Midwest, $34 in the Northeast, and $29 in the West,” the report said.

National Corn Growers Association CEO Jon Doggett said the USDA’s higher compensation for corn farmers in 2019 included items the GAO did not consider in its analysis, including the trade damage value for corn ethanol and a high protein livestock feed byproduct of ethanol production.

“Both 2018 and 2019 were terrible years for farmers who experienced net losses due to decisions in Washington and adverse weather conditions. In fact, farmers suffered a $6.3 billion loss in 2018 alone during that time because of the tariffs.”

“This report confirms that the Trump USDA picked winners and losers in their trade aid programs and left everyone else behind,” Stabenow said in a statement. “Making larger payments to farmers in the South than farmers in the Midwest or elsewhere, regardless of whether those farmers actually experienced a larger loss, undermines our future ability to support farmers when real disasters occur.”

GAO recommended that the USDA Office of the Chief Economist revise its internal review process to ensure transparency of its documentation and that the agency conduct a review to ensure proper baseline methods are used in analysis.

Dr. Seth Meyer, the USDA chief economist, responded to the report in an Oct. 21 letter. He said the USDA analysis was based on a widely accepted trade model and methodology that the USDA’s Office of Inspector General found to be reasonable, and was applied consistently across a range of commodities for the 2018 and 2019 trade mitigation packages.

He said the USDA Office of the Chief Economist did not make the policy decision, and it provided options to policy makers.

“The policy decisions to select between a variety of alternatives that GAO has flagged as problematic were made by senior USDA leaders under the previous administration and not OCE,” he said.

Trump imposed higher tariffs on certain products from China, Europe, Canada and other key trading partners in 2018. China, Canada, Mexico, the European Union, Turkey, and India responded with tariffs targeting U.S. products, including agricultural commodities. In 2018 and 2019, many U.S. agricultural exports declined and the Trump administration poured money into support for farmers including the Market Facilitation Program that was the subject of the GAO audit.

Before he lost the November 2020 election, Trump made it clear he was courting farmers’ votes with federal aid. In a late October 2020 campaign appearance in Omaha, Nebraska, Trump said he believed farmers were better off getting government payments than relying solely on their farming receipts.

In 2019, one-third of U.S. farm income came from direct government payments and last year it was nearly 40% of their income.

Some farm groups questioned the way the federal money was being distributed to commodity and livestock farmers.

Avenatti cast as thief and generous lawyer at criminal trial 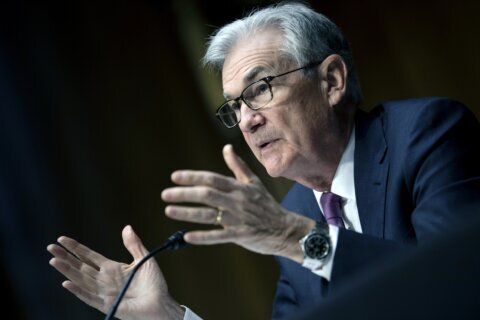