Fed to accelerate withdrawal of economic aid as prices surge

WASHINGTON (AP) — Under Chair Jerome Powell, the Federal Reserve is poised this week to execute a sharp turn toward tighter interest-rate policies with inflation accelerating and unemployment falling faster than expected.

On Wednesday, the Fed will likely announce that it will reduce its monthly bond purchases at twice the rate that Powell had outlined just six weeks ago. Those bond purchases are intended to lower longer-term rates, so winding them down more quickly — likely by early spring — will lessen some of the economic aid the Fed supplied after the pandemic erupted last year.

Fed officials are also expected to forecast that they will raise their benchmark short-term rate, which has been pegged near zero since March 2020, two or three times next year. Rate hikes would, in turn, increase a wide range of borrowing costs, including for mortgages, credit cards and some business loans. Just three months ago, the Fed had penciled in barely one rate increase in 2022.

The Fed’s hard pivot comes after consumer inflation reached a four-decade high in November, and it reflects a growing recognition among Powell and other policymakers that the economy hasn’t progressed the way they had expected it would just a few months ago.

For much of 2021, they had calculated that inflation would be “transitory” and were more concerned that unemployment might not fall fast enough. Yet substantial price increases have spread beyond such pandemic-disrupted industries as autos, electronics and building materials into rents, restaurant menus and medical care. Rising inflation has become a heavy burden for many American households, especially those that are struggling to afford food and fuel costs, and a source of public discontent with President Joe Biden and Democrats in Congress.

Fed officials still expect inflation to cool by the second half of next year. Yet they now foresee a significant risk that high prices will persist. That likelihood was reinforced Tuesday by a government report that wholesale inflation jumped 9.6% for the 12 months ending in November, the fastest year-over-year pace on records dating to 2010.

The unemployment rate has also dropped quickly since Fed policymakers last met in early November — from from 4.8% to 4.2% — a sign the economy is solid and edging closer to maximum employment, one of the Fed’s two mandates along with price stability.

Powell said in congressional testimony two weeks ago that the Fed would likely speed up the reduction, or tapering, of its bond purchases. Economists now expect the tapering to end by March, instead of the previous timeline Powell had set of June. Doing so will allow the Fed to begin raising rates earlier next year if it chooses to do so to fight inflation.

“Price increases have spread much more broadly in the (most) recent few months across the economy, and I think the risk of higher inflation has increased,” Powell said at a Senate committee hearing Nov. 30.

The shift away from ultra-low rates to tighter credit policies carries significant risks. Raising borrowing costs too quickly could stifle consumer and business spending. That, in turn, would weaken the economy and likely raise unemployment. Yet if the Fed waits too long to raise rates, inflation could surge out of control. It might then have to act aggressively to tighten credit and potentially trigger another recession.

For now, some economists say, the Fed is unlikely to harm the economy anytime soon, even as it rapidly reverses its efforts to boost growth.

“They’re so far behind the curve, all they’re doing is taking their foot off the accelerator, rather than pressing on the brake,” said Paul Ashworth, chief U.S. economist for Capital Economics, a consulting firm.

With consumer inflation high — it reached 6.8% in November, compared with a year ago, the highest since 1982 — inflation-adjusted rates are lower than they were, for example, a year ago, when the economy was in much worse shape. Even when the Fed begins raising rates, Ashworth suggested, it won’t likely elevate them to a point where higher rates would start restraining the economy anytime soon.

Few economists expect inflation to remain as high as the nearly 7% annual pace it reached last month. Gas prices have already come off their peaks. Supply chain bottlenecks in some areas are gradually easing. And government stimulus payments, which helped spur a spike in spending that boosted inflation, aren’t likely to return.

Still, economists say inflation probably won’t drop far enough or quickly enough on its own to forestall the need for rate hikes next year. Housing costs, including apartment rents and the cost of homeownership, which make up about one-third of the consumer price index, have been rising at a 5% annual pace the past few months, economists at Goldman Sachs have calculated. Restaurant prices jumped 5.8% in November from a year ago, a nearly four-decade high, partly reflecting higher wage costs. Such increases will likely keep inflation above the Fed’s 2% target next year.

With those dynamics in mind, the Fed may also drop the word “transitory” on Wednesday from the statement it issues after each policy meeting. Powell said during the Senate hearing that it was time to “retire” that phrase, which had been widely interpreted to mean that high inflation would prove to be just a temporary phenomenon. 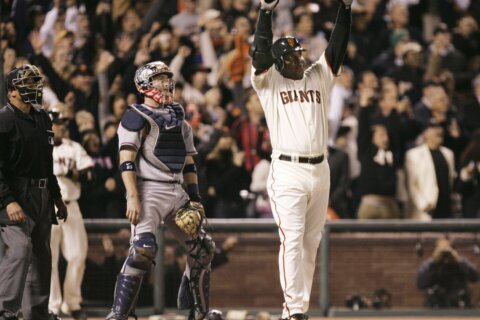 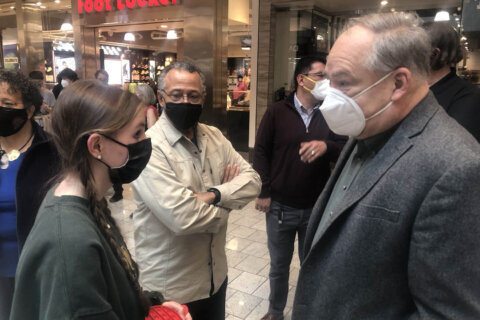