NEW YORK (AP) — After a dozen years in office, one piece of unfinished business remains for Manhattan District Attorney Cyrus Vance Jr. before he retires at the end of the month: Will the prosecutor known for his caution go out with a bang by bringing criminal charges against Donald Trump?

Vance, who has spent more than two years investigating the former president, has been coy about whether he’ll seek Trump’s indictment or leave the decision to the next district attorney, Alvin Bragg, a fellow Democrat who takes over Jan. 1.

Vance, 67, has continued to pursue Trump over his business practices even as he’s packing up to leave the job he’s held since 2010.

After charging the Trump Organization and one of its executives with tax fraud last June, Vance convened a new grand jury that could potentially bring a fresh indictment in what could be a legacy-cementing moment. No former president has ever been charged with a crime.

But a rush to get the case done before Jan. 1 might also be out of character for a prosecutor who holds few news conferences, does few interviews and is known for a methodical approach.

In any event, Vance said he has no future political aspirations and little to gain by grabbing the spotlight.

“I’m not running for office again, so politically it’s meaningless to me,” he told The AP. “I have had no sense that politics has been involved in my mind or the mind of anyone in this office.”

Vance, the son of the late former U.S. Secretary of State Cyrus Vance Sr., presided over sizable change in the district attorney’s office, where he oversaw a staff of 500 lawyers with an annual budget of about $125 million.

Like other Democratic prosecutors in the city, he eased off of the iron-fisted approach to quality-of-life crimes that was once a hallmark of criminal justice in the city.

Vance ended most prosecutions for possessing and smoking marijuana and for jumping subway turnstiles, slashing the cases handled by his office by nearly 60% — though some activists said he didn’t go far enough.

He also re-examined cases involving wrongful convictions. Last month, Vance went to court to overturn the convictions of Muhammad Aziz and the late Khalil Islam, who he said had wrongfully spent years in prison for the 1965 assassination of civil rights leader Malcolm X.

Vance also made good on pledges to tackle cold cases, sending a man to prison in what had been one of the city’s most notorious unsolved crimes, the 1979 disappearance of 6-year-old Etan Patz.

Yet Vance has also battled criticisms that he had a two-tiered system of justice — one for everyday New Yorkers, another for the rich and famous.

His career-defining win last year in the Weinstein case came only after he declined a chance to pursue similar charges in 2015 after a model accused the movie mogul of groping her breast. Vance said there wasn’t enough proof of a sexual assault.

In 2011, Vance dropped rape charges against the French financier Dominique Strauss-Kahn, then the head of the International Monetary Fund, because of concerns about the credibility of the accuser.

Vance investigated Trump’s two eldest children over potential fraud in a hotel project a decade ago, but declined to bring charges.

In 2016, his office struck a deal that let a prominent gynecologist accused of sexually abusing patients avoid prison — a case that has since been reopened in the face of public outcry.

Vance, speaking to the AP, said his office has prosecuted many people of “power and authority,” that his office has taken on thousands of sex crimes cases, and that he often defers to the expertise of his career sex crimes prosecutors on charging decisions.

Still, he acknowledged the criticism and outlined steps his office has taken, including bringing in an outside consultant to take a hard look at how its sex crimes bureau operates.

“To those folks who, who criticize our decisions, I would say that we I think we have learned a great deal from the #MeToo movement,” Vance said. “Of course we haven’t done perfectly and you’re going to make people unhappy in this job, just by the nature of the job and the decisions you make. That happens from time to time and it has happened to me from time to time. What I can simply commit to is that the efforts of our lawyers have always been to try to get the right result.”

Trump’s view on Vance is that he’s just another Democrat out to get him in a partisan “witch hunt.”

“New York is dying before our very eyes, and all the Democrat Prosecutors are focused on is how we can get and punish Donald Trump,” the former president said in his latest missive Wednesday.

The district attorney’s investigation, which initially began as an examination of hush-money payments paid to women on Trump’s behalf, has expanded into an inquiry into whether the president’s company misled lenders or tax authorities about the value of its properties.

The June indictments allege the Trump Organization and its CFO, Allen Weisselberg, evaded taxes on lucrative fringe benefits paid to executives. Prosecutors didn’t charge Trump, but they did note that he signed some checks at the center of the case.

Vance sought Trump’s personal tax records as part of the investigation, eventually winning them through a U.S. Supreme Court ruling.

Shortly after the court decision, he announced he wouldn’t seek reelection.

Vance told the AP he only ever planned on serving two or three four-year terms — a relative cup of coffee compared with his predecessors Robert Morgenthau, who was in office for 34 years, until he was 90, and Frank Hogan, who stuck around for 31 years.

“I did not want to be D.A. forever and I wanted to have another chapter or two after I left this job,” Vance said.

In the process, he also avoided a potential primary fight with progressive Democrats who said his criminal justice reforms didn’t go far enough.

“In many ways, he’s sort of old school and to his credit, methodical,” New York Law School professor Rebecca Roiphe said. “He may not have been the best at managing public relations, and I don’t think he was the best at managing his office — making sure that his principles and policies and commitments made their way to every courtroom and to every D.A. — but I do think he’s a decent prosecutor who was trying to do the right thing in most of these situations.”

As D.A., Vance took an interest in global efforts to prevent cyberattacks, gun violence and sex trafficking — issues he says he wants to continue working on in the private sector after his retirement.

Vance has also used an $800 million slush fund bankrolled by Wall Street settlements to provide police officers with smartphones, build neighborhood gyms, and help reduce a national backlog in the testing of rape kits, an effort that brought him national attention and praise from “Law & Order: SVU” star Mariska Hargitay.

Vance assesses himself modestly, saying he took what was already “perhaps the greatest 20th century district attorney’s office in the country” and made it one of the greatest of the 21st century.

The next two weeks will show whether Vance is content with his legacy as it stands, or intends to take one more shot at rewriting his place in the history books. 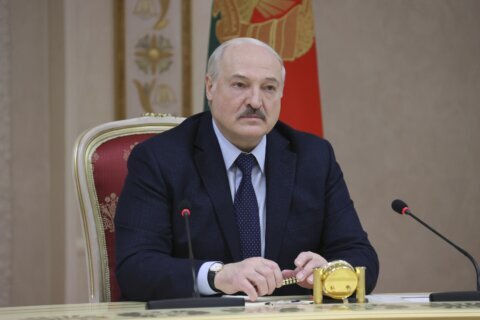 Man gets 15 years in prison for posting bomb instructions