Newsom gave more details on the booster mandate during a Wednesday news conference at a vaccine clinic in Oakland. He had initially announced the new rule on Tuesday afternoon.

California was the first state to require health care workers to be vaccinated, a rule that took effect in September. Most workers have complied. But thousands of others have either lost their jobs or been suspended.

California also requires other groups to either be vaccinated or submit to weekly testing, including state workers and, eventually, teachers and students. But Newsom said Wednesday there is no plan to require those other groups to get a booster shot.

Instead, he said California would provide up to two take-home coronavirus test kits for each of the state’s more than 6.1 million public school students while also expanding hours at the 6,288 state-run testing centers.

However, Newsom said rules about booster shots could change.

“Hopefully we won’t have to consider that if all of our interventions are successful,” Newsom said.

California is doing a lot better compared to other states in terms of the virus’ spread. Of everyone tested for the virus in California, just 3.3% test positive — the lowest rate in the nation, Newsom said. California has the sixth-lowest case rate, with 13.6 new cases for every 100,000 people over seven days.

As of Tuesday, California had 3,589 coronavirus patients in the hospital, a 12% increase since Dec. 1. But that’s far less than the peak of last winter’s surge, when the state had nearly 22,000 coronavirus patients back before vaccines were widely available. Today, more than 70% of California’s roughly 40 million residents are fully vaccinated.

Much about the omicron coronavirus variant remains unknown, including whether it causes more or less severe illness. Scientists say omicron spreads even easier than other coronavirus strains, including delta. Early studies suggest the vaccinated will need a booster shot for the best chance at preventing an omicron infection but even without the extra dose, vaccination still should offer strong protection against severe illness and death.

Federal officials said Monday omicron is now the most common form of the virus in the U.S., accounting for 73% of all cases. In California, state officials estimate omicron accounts for about half of cases, but Newsom said the true number is likely much higher and will be released on Thursday.

Barbara Ferrer, the county’s public health director, said officials are not considering any booster requirements beyond the state’s new rules for health care workers. More than 2 million residents in Los Angeles County who are over the age of 5 remain unvaccinated. And 62% of residents who are eligible to receive a booster shot have not done so.

Statewide, more than 8.8 million Californians have gotten a booster shot so far.

“We need to increase that number if we’re going to hold the line and decrease the growth for hospitals,” Newsom said.

While hospitals have far fewer coronavirus patients than they did a year ago, most are struggling with a shortage of health care workers. A recent study by the University of California, San Francisco estimated a statewide nursing shortage would persist until at least 2026.

A new mandate for booster shots could convince more workers to quit. But the California Hospital Association on Wednesday said it supported the new rule “to further protect health care workers and hospital patients.”

“While we don’t yet know enough about Omicron to determine its precise impact on the need for hospital care, we do know that booster shots offer an additional layer of protection — something that will be vital to ensuring care for all in need as California and the nation as a whole continue to face a persistent shortage of health care workers,” California Hospital Association President and CEO Carmela Coyle said.

The California Nurses Association said it is reviewing the new booster mandate for health care workers. In a news release, the group said it strongly supports everyone getting vaccinated while respecting medical and religious exemptions. But they said other measures are needed to protect health care workers.

“Science shows that a multiple-measures approach to infection control is the most effective, and vaccination is just one, albeit critical, component,” the group said in a news release calling for more personal protective equipment and proper staffing levels at hospitals. 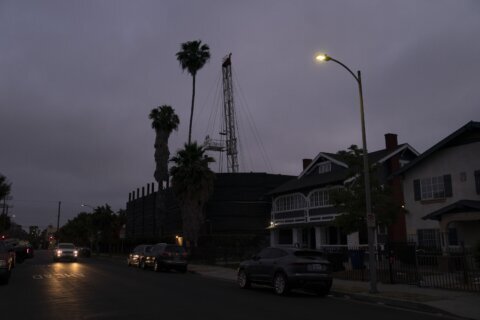 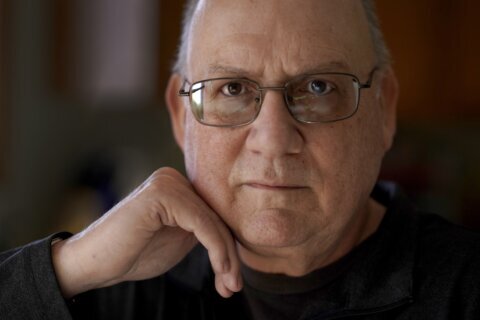 Judge apologizes for wishing jail on man with weedy yard