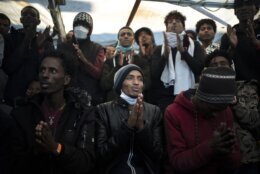 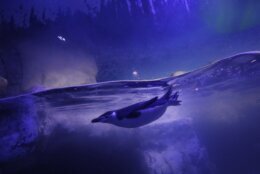 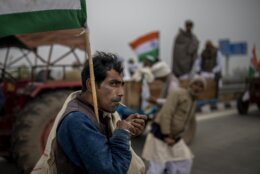 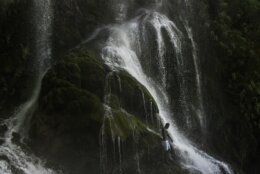 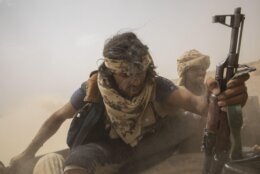 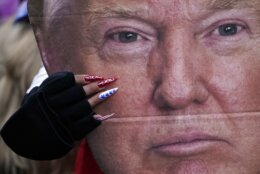 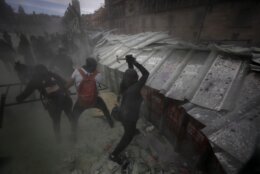 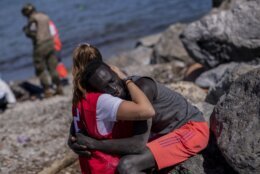 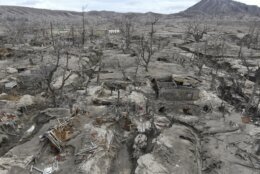 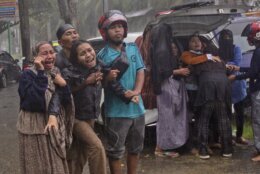 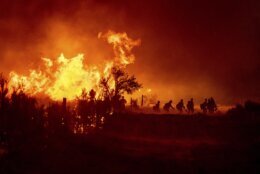 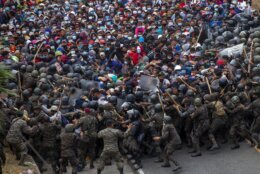 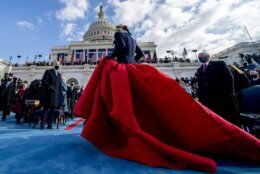 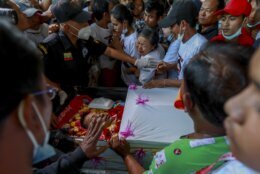 “Some say the world will end in fire,” wrote the poet Robert Frost — and for much of 2021, Associated Press photographers captured scenes of a world ablaze, amid rumblings of ruin.

In New Delhi, a man sprints amid the funeral pyres of COVID-19 victims — too many fires, too much heat, too many victims. On a beach near the village of Limni, Greece, the horizon is lit by the flames of wildfires raging across the eastern Mediterranean.

And at La Palma in the Canary Islands, the inferno is in the Cumbre Vieja volcano. But more than 10,000 million cubic meters of ash turn the world into a negative, with black ash taking the place of white snow.

Not all of the combustion is so literal.

There is fury: the astonishing moment when police aimed their guns at rioters trying to break into the House Chamber at the U.S. Capitol; Mexican demonstrators against gender violence, hurling themselves at barricades; an Ethiopian woman’s wrath as she fights for every split pea in starving, war-torn Tigray.

And there are the sorrowful embers of violence. Stoic Palestinians carry the body of a child who died in an Israeli airstrike in Gaza, while a continent away, mourners bear the body of a man killed while protesting the coup in Myanmar. And in Haiti, the wife of slain President Jovenel Moise, Martine, leaves a memorial gathering in black widow’s weeds and mask.

There was more to 2021, of course. There was fun: Lady Gaga wore one of the world’s largest dresses to Joe Biden’s inauguration.

There were moments of hope. Even as millions more died of COVID-19, billions were vaccinated. Health care worker Nazir Ahmed ventured to remote Kashmiri meadows to inoculate shepherds, some of them vaccine resistant. He stands in his protective gear on a hillock, like an emissary from COVID times who somehow found himself in a South Asian remake of “The Sound of Music.”

There are other images that recall the movies, but askew.

Those men on horseback in 10-gallon hats are not the cowboys of classic Westerns; they’re border agents, corralling Haitian migrants as they try to cross the Rio Grande into the United States.

And the man and woman caught in a passionate embrace in Barcelona, Spain, are not characters in a romantic comedy; behind them, a riot rages over the imprisonment of a rapper convicted of insulting the Spanish monarchy. And the streets are on fire.

Chicago girl, 8, dies after being struck by stray bullet