He had some successes, delivering on a promise to offer universal pre-K and curbing the police stop-and-frisk tactic. But the legacy of de Blasio’s two terms has also been shaped by strained relationships with both police and the police-reform activists who propelled him to office, public discord with the former governor and gaffes memorialized in skewering headlines.

As he closes out the final days of his term, de Blasio is contemplating a run for higher office, a bet that his early achievements and his steering the city of 8.8 million through the pandemic will stick with New Yorkers more than the flubs and conflicts, separating the substance from style.

“I want people to remember that we needed to fight inequality and we did. And it can be done,” de Blasio said in an interview Tuesday with The Associated Press. “We were able to do that in very tangible, real ways. I think that opens the door for a lot more going forward, but it can be done.”

He officially turns over the reins to Mayor-elect Eric Adams, a Democrat and former police captain, on Jan. 1.

After winning a landslide victory in 2013, de Blasio became the first Democrat in two decades to serve as mayor of New York, a heavily Democratic metropolis that could serve as a laboratory for liberal policies, such as the $15-an-hour minimum wage he pushed to achieve.

His arrival marked a departure from the years of Michael Bloomberg — the billionaire former mayor who started as a Republican and ended as an independent — who boasted of the city as a luxury product and defended stop-and-frisk.

De Blasio’s progressive agenda and populist message were at times overshadowed by tabloid-delighting blunders, such as when he ate a slice of pizza with a knife and fork.

Other notable fumbles included showing up late to a memorial for plane crash victims and dropping a groundhog during a Groundhog Day celebration. The groundhog died a week later.

The mayor said he was not surprised that New York City media was tough and that the tabloid headlines were “colorful,” such as a recent New York Post cover in which he was photoshopped to appear as a Santa Claus wearing a Fidel Castro hat under the headline, “Santanista Claus.”

De Blasio notched a victory in his first year by expanding public prekindergarten to every 4-year-old in the city. He built on that, expanding the program to more 3-year-olds with a plan to make it universal by fall of 2023.

He’s had a difficult relationship with police. De Blasio started his mayoralty pledging to overhaul the department’s interactions with the public and curtailed its tactic of stopping, questioning and frisking mostly Black and Hispanic people on the street en masse.

His handling of the summer 2014 police killing of Eric Garner angered officers and many of the police reform advocates who worked to elect de Blasio.

He spoke critically of the officers but largely held off any department punishments until a lengthy federal civil rights investigation concluded. Later that year, when a disturbed gunman angry about police killings of unnamed Black men fatally shot two NYPD officers, the head of the city’s largest police union said the mayor had “blood on his hands,” and officers turned their backs on the mayor as he spoke at police funerals.

L. Joy Williams, a political strategist and president of the Brooklyn NAACP, said de Blasio seemed to approach the confrontation with the NYPD “as a political crisis, rather than as a humanity crisis.”

Williams said that was disappointing, and the coalition of groups pushing for police reform who helped elected de Blasio expected him to be tougher against the officers and the union.

De Blasio acknowledged the tension with some police union leaders and some police reform activists, saying he doesn’t agree with all of them and thinks mainstream New Yorkers wanted something in the middle.

It wasn’t just those corners of the city that had their qualms with the mayor. Some New Yorkers questioned de Blasio’s focus on the job when he launched a muddling bid for president in 2019. He told The AP that while the experience was “difficult” and “unlikely,” it made him realize he needed to communicate with people better.

He said his presidential ambitions are in the past. “Not on my dance card,” he quipped.

De Blasio admits he struggled to address intractable issues such as homelessness.

The population of single adults in shelters rose during his two terms despite a drop in the number of homeless families in shelters and his administration meeting a goal of building or preserving 200,000 affordable housing units.

When New York City became the epicenter of the pandemic, de Blasio’s attempts to manage the response were frequently defined by feuding with then-Gov. Andrew Cuomo, who fueled their long-simmering tense relationship by swatting down de Blasio’s plans for a shelter-in-place order and school closures.

When Cuomo resigned in August amid sexual harassment allegations, de Blasio had wider latitude in his city’s response. He rolled out aggressive mandates, requiring every public employee to get vaccinated. He later extended the mandates to private-sector workers, the most sweeping vaccine mandate of any state or big city in the U.S.

So far, de Blasio has remained coy on his future plans when asked if he’s going to run for governor. Equally vague is the Democrat’s path to the governor’s mansion. Gov. Kathy Hochul has been amassing campaign funds and Democratic endorsements, from upstate officials to leaders in the heart of de Blasio’s Brooklyn.

“I think I’ve put plenty of breadcrumbs out there on the trail,” he said. “I’m going to stay in public service. As to electoral politics, I’ll give an update very, very soon.” 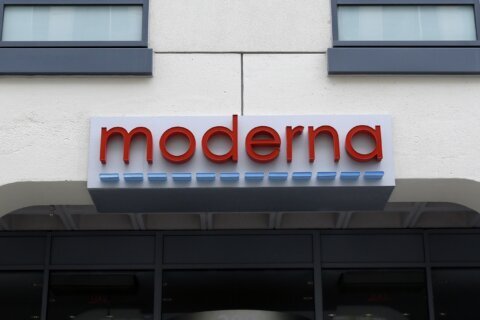