THE BACKGROUND: As 2021 comes to a close, Roe v. Wade — the historic 1973 Supreme Court ruling establishing a nationwide right to abortion — is imperiled as never before. The conservative-leaning Supreme Court indicated in arguments that it would uphold Mississippi’s ban on abortions after 15 weeks of pregnancy, and may even overturn the nationwide right that has existed for nearly 50 years. A decision isn’t expected before June.

At the very least, a decision in favor of Mississippi would open the door for states to ban abortion much earlier in pregnancy and undermine Roe, as well as the 1992 ruling in Planned Parenthood v. Casey that reaffirmed Roe. Both decisions now allow states to regulate but not ban abortion up until the point of fetal viability, at roughly 24 weeks.

Meanwhile, a new Texas law that bans most abortions and was designed to evade court challenges has been in effect nearly four months. The law prohibits abortions once cardiac activity is detected in an embryo, usually around six weeks and before some women even know they are pregnant. It makes no exceptions for rape or incest.

Around the United States, abortion clinics are already dealing with an influx of patients from Texas. They also are preparing for a post-Roe world in which abortion could be made illegal in roughly half the country, in states led by Republicans.

Here, Associated Press journalists involved in the coverage reflect on the story and their own experiences.

The story about abortion and the Supreme Court really started last year, as soon as Justice (Ruth Bader) Ginsburg died, because once President Trump got to nominate her successor, it totally shifted the balance on abortion. It’s not so much that it shifted the court, which was already leaning conservative, but it provided what looked like it might be a fifth strong vote, one skeptical of abortion rights.

So as it happened, there was an abortion case sitting there waiting for the Supreme Court’s consideration. It was a case from Mississippi, about its ban on abortion after 15 weeks. The ban had been struck down by lower courts. Ordinarily, it’s the kind of case that wouldn’t really get much attention at the Supreme Court, because it’s pretty clearly unconstitutional under the rulings from Roe in 1973 and Casey in 1992. The court actually started considering it in 2020. And week after week went by, and instead of the court announcing what it was going to do, there was just silence. And that’s usually a sign that there’s something’s going on behind the scenes. And it’s never really clear what. Then the court said, “you know what? We’re going to hear this case.” Now, just the court’s decision to hear this case was a big deal. Never before had a state appealed to put in place a ban this early in pregnancy. So, just the fact that the courts hearing his case is a big deal. And when Mississippi first brought the case to the court, it didn’t really emphasize it didn’t emphasize at all the need or the call to overturn Roe v Wade. But once the court accepted the case with this new lineup of justices that include Amy Coney Barrett, Brett Kavanaugh and Neil Gorsuch — the three appointed by Trump — Mississippi’s focus changed and it went all in on the need to overturn Roe and Casey.

On December 1, the court heard the case. (Because of the pandemic) instead of sitting in cheek by jowl with my colleagues in a packed courtroom, we sat spread out, it was very sparsely attended, to hear this incredibly significant and dramatic argument. Often when the justices come to the bench, some of them share a private joke, there are some smiles. But not that day. They came to the bench and it was all business — I would almost say a little somber. It’s always a danger to predict how an argument is going to translate into a decision, but it sure seems like the courts are on the verge of a significant rollback of abortion rights, if not a decision to overrule Roe v. Wade.

The Mississippi Legislature has been putting restrictions on abortion for a generation now. For a very long time the state has had a requirement that women receive counseling and have to wait at least 24 hours before they can receive an abortion.

IF THE SUPREME COURT DECIDES IN FAVOR OF MISSISSIPPI: The immediate effect would be that this 15-week ban would go into effect. But the bigger picture is that Mississippi is one of several states with laws that would pretty much prohibit abortion immediately if the U.S. Supreme Court overturns Roe v Wade. So, you’re looking at a whole swath of conservative states in the southern U.S. where women wouldn’t be able to access abortion services. That means that women in those states would either have to travel long distances to California, places like that, or they would just be unable to afford to travel and they would end up carrying those pregnancies to term, or possibly seeking illegal ways to terminate pregnancies.

I think the story is to put a human face on this to talk to women who are affected by these laws. I have spent quite a bit of time inside and outside the only abortion clinic in Mississippi, talking to the clinic director about what this law means and what the attempts to further restrict abortion mean for the state. I’ve also talked to people who are standing outside, either peacefully praying, or in some cases using bullhorns to yell at women as they go in, and they’re also yelling at the men who are bringing the women there. There has been quite a bit of noise and quite a bit of conflict outside that clinic.

It’s actually been quite easy to find people who are opposed to abortion and who are willing to be interviewed, to talk about their beliefs. There are people with deeply held beliefs who think life begins at conception. There are people who will stand outside and offer to have baby showers for the women (coming to get abortions), to provide diapers, to provide some clothing. You hear them say, “Don’t abort your baby, I’ll adopt your baby!” Whether they mean that or not, they’re out there saying it. And I have witnessed some of the protesters trying to talk directly to women. In some cases they’re really yelling at them, but in other cases, they’re trying to have quiet, off-to-the-side conversations and talk them out of having the abortions. 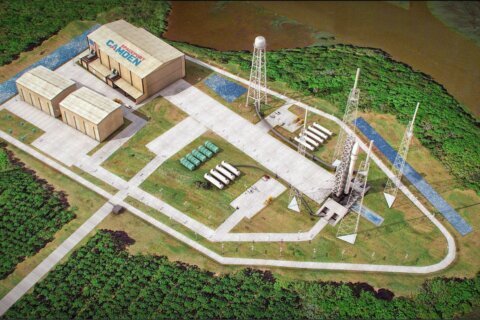 Judge: Georgia county can move ahead on land for spaceport 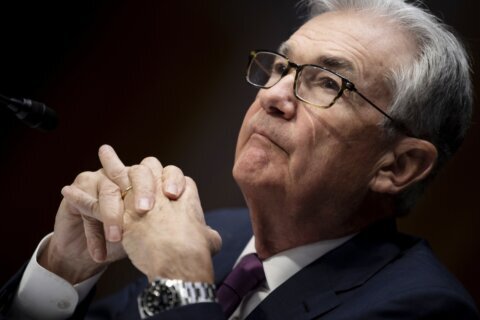 Fed study on digital currency leans toward role for banks