NASHVILLE, Tenn. (AP) — Tennessee schools will have to jump through even more hoops if they want to implement mask mandates to prevent the spread of COVID-19 under legislation recently approved by the state’s GOP-controlled General Assembly.

The strict new rules are part of a sweeping bill Republicans signed off on in the middle of the night over the weekend as they worked to undermine numerous COVID-19 protective measures.

Lawmakers were willing to back down on measures targeting private businesses after industry groups balked at mask requirement restrictions.

When advocates for public schools asked for similar leniency, lawmakers brushed off their pleas that mask mandates were necessary to protect children and teachers amid the virus outbreak and kept strict limits in the bill.

Tennessee is already facing federal scrutiny for how it’s handled the issue of masks in schools. GOP Gov. Bill Lee issued an order allowing parents to opt their children out of mask mandates. Three judges have since blocked the order from applying in three counties.

The legislation now goes before Lee, who has held off on promising he’ll give the bill his signature.

Under the proposal, government entities — including public schools — would largely be prohibited from implementing mask mandates. Those entities would only be allowed to require masks if they lived in a county with a rolling average 14-day COVID-19 infection rate of at least 1,000 per 100,000 resident while the state is under a state of emergency. The state is currently far below that threshold. 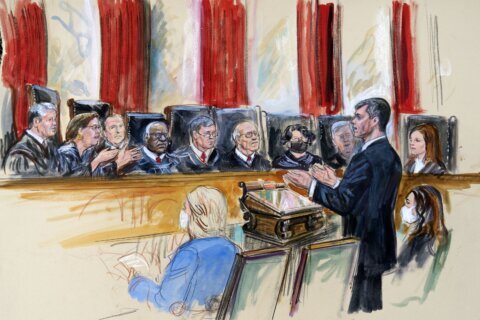