St. Louis officer gets short sentence in attack on colleague

A former St. Louis police officer convicted of beating a Black undercover detective during a 2017 racial injustice protest has been sentenced to one year and one day in prison — far more lenient than prosecutors and the victim had hoped for.

Dustin Boone was sentenced Monday in U.S. District Court after being convicted in June of a federal civil rights violation related to the attack on Luther Hall. Boone, 37, was one of five white officers charged in the beating.

The St. Louis Post-Dispatch reported that the sentence appeared to stun Hall, his relatives and his supporters, who walked out of the courtroom before Webber finished pronouncing sentence. They declined comment after the hearing, as did prosecutors.

Hall, in a statement to Webber before the sentence was announced, said he thought Webber’s sentencing of two other officers charged in the case was too lenient, “leniency that’s not shown to African American defendants.”

Boone’s attorneys had argued that he did not participate in the initial on Sept. 17, 2017, beating of Hall and held him down only because other officers were “acting as though” they were making an arrest. They also said in a memo that the St. Louis police department condoned and encouraged violence, particularly racial violence.

Prosecutors said the officers mistakenly believed that Hall was participating in a protest after the acquittal of Jason Stockley, a white officer accused of fatally shooting a Black man following a chase. Prosecutors, in their sentencing memo, said Boone had a history of abusing suspects.

Officer Randy Hays was sentenced in July to more than four years in prison after pleading guilty in 2019 to using unreasonable and excessive force in the beating. Bailey Colletta received probation for lying to the FBI and a grand jury.

Officer Christopher Myers and Officer Steven Korte were acquitted of the civil rights charge, and Korte was also acquitted of lying to the FBI.

Myers will plead guilty in January to a misdemeanor charge of deprivation of rights for destroying Hall’s phone, his lawyer has said.

Hall, who was permanently injured in the attack, reached a $5 million settlement with the police department. 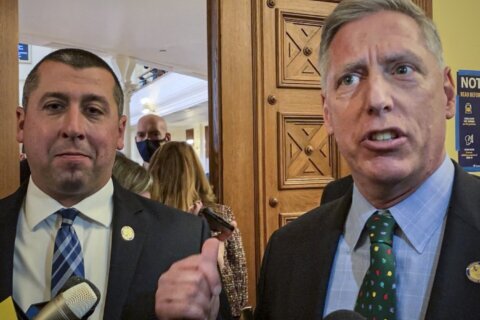 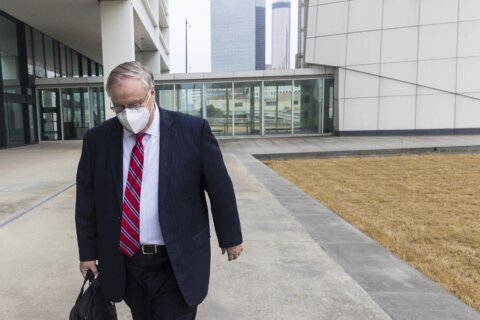