MADISON, Wis. (AP) — Attorneys for Kyle Rittenhouse have requested a mistrial based on several issues, including claims that prosecutors acted in bad faith and that the state gave them an inferior copy of a video that may be a key piece of evidence in the case.

The defense says some of the issues should result in a mistrial with no chance for a retrial, while another point of contention — the quality of that video — could give prosecutors the option to try Rittenhouse again. Prosecutors say there is “no factual or legal basis” to declare a mistrial.

Here’s a look at the mistrial requests and what they mean:

The defense made its first request for a mistrial last week and followed up on Monday with a written motion, seeking a mistrial with prejudice based on three issues.

Among them, Rittenhouse’s attorneys argued that prosecutors brought up a prior incident the judge had previously ruled could not be raised at trial. It involved a video that showed Rittenhouse witnessing possible shoplifting and saying if he had a gun he would shoot the people.

Judge Bruce Schroeder admonished prosecutor Thomas Binger when he tried to raise it in front of the jury.

The judge also chided Binger, during cross-examination of Rittenhouse, for a line of questioning that the judge said was a commentary on Rittenhouse’s constitutional right to invoke silence after his arrest. Binger said he was trying to establish that the testimony Rittenhouse heard during the trial influenced what he said on the stand when telling his story for the first time publicly.

“This is a grave constitutional violation for you to talk about the defendant’s silence,” Schroeder told the prosecutor. “You’re right on the borderline. And you may be over. But it better stop.”

Prosecutors said in a response filed Thursday that there was no harm because the judge did not allow the witnesses to answer the questions in either instance.

The third issue Rittenhouse raised was about drone video that prosecutors say shows Rittenhouse pointing his rifle at protesters before the shooting started. Prosecutors used the video in a bid to undermine Rittenhouse’s self-defense claim and portray him as the instigator of the bloodshed in Kenosha in the summer of 2020.

Rittenhouse’s attorneys said prosecutors gave the defense a copy of the video in a lower quality, smaller file that made it less clear than what the state had. They argued the video was the “linchpin” to the prosecutors’ case and it was inconceivable that they wouldn’t provide the defense with the same quality version.

“The failure to provide the same quality footage in this particular case is intentional and clearly prejudices the defendant,” they wrote in the motion for a mistrial.

A mistrial with prejudice would mean that prosecutors could not try the case again.

Prosecutors said that the compression was unintentional, that the defense was provided the original uncompressed video and that it was admitted into evidence without the defense objecting to it. It also appears that Rittenhouse’s former attorney had the video long before the state, prosecutors argued.

Prosecutors said Wednesday that they didn’t intentionally provide an inferior video, but that the issue was a technical one. After some back and forth in court, defense attorney Corey Chirafisi made an oral request for a mistrial without prejudice, saying the defense didn’t get the same quality of video until after the evidentiary portion of the case was closed. He told the judge that if the defense needs a “level, fair playing field, we have to ask for it, and I’m asking for it.”

Chirafisi said the defense would have done things differently if it had the higher-quality video earlier.

But in prosecutors’ response, they noted that the defense “has not alleged any specific thing that they would have done differently.”

“We’re talking about a potential life sentence here,” Chirafisi said, referencing the sentence Rittenhouse could get if convicted of the most serious charge against him. He said a mistrial on this issue would be without prejudice, meaning the case could be tried again.

WHAT THE EXPERTS SAY

“From the defense point of view, to get a mistrial is generally considered a favorable thing,” said Ion Meyn, an assistant professor at the University of Wisconsin Law School. “If you’re the defense, you’re definitely going to be doing this.”

Prosecutors could appeal if the judge grants a mistrial with prejudice, he said.

The state would face enormous pressure when deciding whether to pursue a second trial of this magnitude, Meyn said. The state could also decide to bring reduced charges or seek a plea deal, all of which benefit the defense, he said.

The defense seeking the mistrial without prejudice, after initially seeking it with prejudice, is a change in tone, said Milwaukee defense attorney Julius Kim.

“They are essentially saying, ‘We just kind of want a new trial at this point, no matter what,’” Julius said.

Still, they must explain to the judge why what happened hurt Rittenhouse, Meyn said.

“You can’t just say the state gave me a lower-quality video and therefore I get a mistrial,” Meyn said. “That’s a losing argument for sure.”

The defense has a higher bar to meet in convincing the judge that a mistrial with prejudice is warranted, Meyn said.

It’s not clear when Schroeder will rule, though he said Wednesday he would address the issue if there is a guilty verdict. If Rittenhouse is acquitted, the issue will be moot. But if he is found guilty, a mistrial ruling would essentially void the verdict.

If one or more guilty verdicts are returned, the judge could delay entering those judgments until after he holds a hearing on the mistrial motions, said Madison defense attorney Chris Van Wagner. Taking that step, rather than dismissing the mistrial motion following a guilty verdict, would be a strong signal that he is inclined to declare a mistrial, Van Wagner said.

The jury has deliberated for two full days without a verdict.

Kim said it’s a little unusual for a judge to wait for a verdict before ruling on a mistrial request. “I think he just kind of wanted to see where the cards fall, because depending on what the verdict is, that may let him off the hook on some of these decisions he has to make. … If he’s acquitted of everything, that makes these decisions a lot easier.”

IF THERE’S A NEW TRIAL, WHO WOULD PRESIDE?

If Schroeder declares a mistrial without prejudice, prosecutors may file new charges. If there is no plea, Rittenhouse would wind up right back before the same judge, according to Michael Cicchini, a Kenosha defense attorney not involved in the case.

Schroeder’s handling of the nearly three-week trial drew scrutiny several times, including when he called for applause for military veterans shortly before a defense witness who had served in the Army — the only veteran in the room — took the stand to testify.

He also had Rittenhouse himself draw juror numbers to determine which 12 jurors would deliberate — something he called a longstanding practice in his courtroom. On Wednesday, Schroeder criticized some media coverage of the case and said he would “think long and hard” about allowing televised trials in the future. 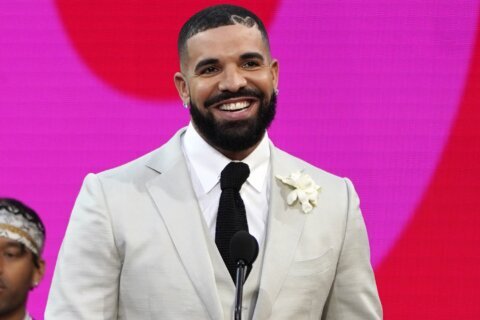 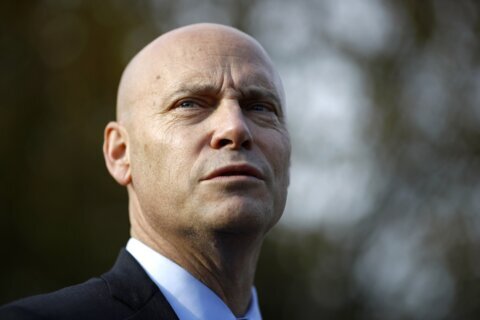