Olympian Suni Lee says she was pepper-sprayed in racist attack

Olympic gymnast Suni Lee said this week that she was the target of a racist attack months after winning gold at the Tokyo Olympics.
Listen now to WTOP News WTOP.com | Alexa | Google Home | WTOP App | 103.5 FM

Olympic gymnast Suni Lee said this week that she was the target of a racist attack months after winning gold at the Tokyo Olympics. Lee, a Hmong-American 18-year-old from Minnesota, told PopSugar about the alleged incident in an interview published Wednesday.

Lee said the attack happened while she and her friends — all of whom are of Asian descent — were outside waiting for an Uber after a night out. A car sped past them and the people in the car yelled racist slurs at them, she said.

One person sprayed Lee’s arm with pepper spray, she said.

“I was so mad, but there was nothing I could do or control because they skirted off,” Lee told PopSugar. “I didn’t do anything to them, and having the reputation, it’s so hard because I didn’t want to do anything that could get me into trouble. I just let it happen.”

Lee said she called Jess Graba, her longtime gymnastics trainer and owner of Midwest Gymnastics, after the incident, and he flew out to Los Angeles to be with her. 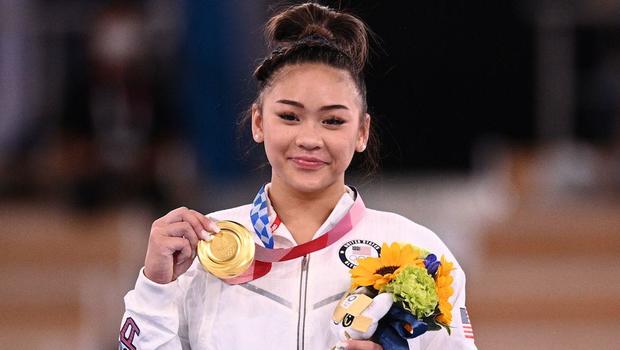 USA’s Sunisa Lee poses with her gold medal during the podium ceremony of the artistic gymnastics women’s all-around final during the Tokyo 2020 Olympic Games at the Ariake Gymnastics Centre in Tokyo on July 29, 2021.

Anti-Asian hate crimes have been on the rise since the start of the coronavirus pandemic. In August, a report published by the nonprofit coalition Stop AAPI Hate found 9,081 anti-Asian incidents had been reported since the beginning of the pandemic in 2020. In 2021, physical assaults against Asian people in the U.S. increased from 10.8% of all incidents in 2020 to 16.6% in 2021. A majority of the incidents documented in the report took place in public.

Back in July, Lee took home the gold medal for the women’s gymnastics all-around at the Tokyo Olympics. She was born Sunisa Phabsomphou to her mother, Yeev, and both of her parents immigrated to the U.S. from Laos.

This fall, Lee began competing in “Dancing With the Stars” and attended the Met Gala in New York City.