Attorneys Ben Crump and Alex Hillard said Friday that their offices have filed lawsuits for more than 200 Astroworld Festival attendees. The lawsuits are the latest to be filed in the wake of last week’s music festival that left nine people dead and scores of others injured.

“Nobody should ever die from going to a concert, so this lawsuit is not justice about getting justice for them, but it’s about making sure that the promoters and the organizers know that you can not allow this to ever happen in the future,” Crump said at a Friday press conference.

Event promoters and organizers, including Live Nation and the festival’s headlining artist Travis Scott, are listed as defendants. The lawsuits allege that victims experienced various physical and mental injuries at the festival in Houston, Texas, that had 50,000 people in attendance.

Crump said his office is representing 93 new victims in lawsuits filed on Friday. Hillard said one lawsuit alone has 90 plaintiffs. Crump said he expects hundreds of other attendees to also take legal action and has a website for people to file claims in regard to the incident.

During Friday’s press conference, festival attendees said they struggled to stay standing or breathe as the massive crowd surged towards the stage during Scott’s set.

Gertrude Daughtery said she sustained injuries to her shoulder, legs and ankle from the crowd and that she was on the ground calling for help for over 15 minutes.

“I just literally thought I was going to die,” she said. “I never thought going out to an entertainment would be such a disaster. It was a nightmare that I’ll never forget. I can’t sleep at night, every time I close my eyes, I see it.”

Hillard said “there was no plan in place” if something went wrong at the massive event and that victims “underwent over 45 minutes of torture as they tried to escape feeling trapped, feeling like they would lose their lives.”

Last week, Crump filed a lawsuit on behalf of the family of a 9-year-old boy who remains in critical condition.

Scott said he is “absolutely devastated by what took place” during his show and vowed to cover the victims’ funeral costs. His spokesperson Stephanie Rawlings-Blake told “CBS Mornings” that the rapper was not aware of the deaths until hours after the performance, that he was not responsible for the fatalities and that he didn’t have the authority to stop the show. His team said they “have been actively exploring routes of connection with each and every family affected by the tragedy.”

Live Nation said in a statement that it is “heartbroken for those lost and impacted at Astroworld.”

“We will continue working to provide as much information and assistance as possible to the local authorities as they investigate the situation,” the company said.

The Houston Fire Department, Houston Police Department, the FBI and other agencies are actively investigating the incident. 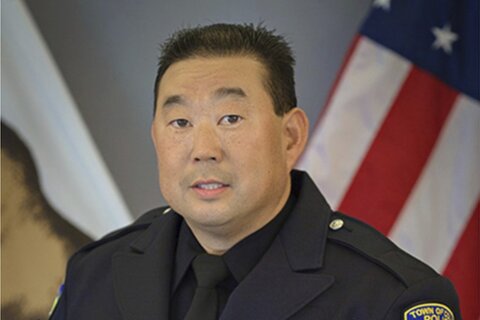