Judge: Iraqi refugee held on murder claims can be deported

An Iraqi refugee initially accused of committing a killing for the Islamic State terror group before coming to the U.S. is eligible to be deported because he lied on his immigration papers, a federal judge decided Tuesday.
Listen now to WTOP News WTOP.com | Alexa | Google Home | WTOP App | 103.5 FM

SACRAMENTO, Calif. (AP) — An Iraqi refugee initially accused of committing a killing for the Islamic State terror group before coming to the U.S. is eligible to be deported because he lied on his immigration papers, a federal judge decided Tuesday.

Assistant Chief Immigration Judge Tara Naselow-Nahas ruled that Omar Abdulsattar Ameen lied when he was filling out his refugee application to gain entry into the United States. Among other things, she found he wasn’t being truthful when he said he had never interacted with, knew or had involvement with various terrorist groups, including the Islamic State of Iraq.

But she rejected other allegations, including that he provided support, engaged in terrorist activity, participated in harming another person, or misrepresented that he was a member of such a group.

Naselow-Nahas found that Ameen interacted with a cousin “who is clearly a member of an armed terrorist group.” She also found the government proved that he lied when he said his father had been fatally shot and that his brother had been kidnapped.

He should be deported to Iraq, or if not there to his last home of Turkey, the judge said, based on the government’s recommendation.

Attorneys for Ameen say he faces likely execution if he is returned to Iraq. Another federal judge in Sacramento in April refused to allow his extradition. U.S. Magistrate Judge Edmund Brennan said that cellphone evidence shows Ameen was in Turkey at the time of the slaying in 2014.

Federal authorities have tried since 2018 to return Ameen to Iraq under a treaty with that nation, and he was quickly seized by immigration authorities after Brennan’s ruling. Ameen will continue to fight deportation, and he will seek to be released on bond, said his lawyer, Siobhan Waldron.

He can now object that he faces too much danger to be deported, even though he was found to be eligible. He will go before Naselow-Nahas for a week of hearings set for late January and early February, and if she rules against him can seek review by the Board of Immigration Appeals and then the 9th U.S. Circuit Court of Appeals.

“The fight is far from over,” Waldron said. She contended that “this is all based on unfounded rumors.”

FBI investigators testified over days of intermittent hearings scattered over several months that Ameen told inconsistent stories under questioning, and that close family members also have ties to terrorist groups. Ameen has argued he felt under duress during the interviews out of fear for his family.

Federal prosecutors said he returned to Iraq that same month and killed a police officer in the town of Rawah after it fell to the Islamic State group. Ameen arrived in the United States five months later to be resettled as a refugee in the Sacramento, California, area.

The Iraqi government said Ameen was part of a four-vehicle Islamic State caravan that opened fire on the home of the Rawah police officer. Iraqi documents said Ameen then fired a fatal shot into Ihsan Abdulhafiz Jasim’s chest as he lay on the ground. Islamic State later claimed responsibility for the slaying on social media.

The Department of Homeland Security alleged that Ameen kept his membership in two terrorist groups secret when he applied for refugee status, and again when he later applied for a green card.

Ameen fled to Turkey in 2012. He was granted status as a refugee in the United States in June 2014 on the grounds that he was a victim of terrorism.

Brennan said in April that cellphone records showed “Ameen was in Turkey, not Iraq, on the day of the murder.” The judge noted Ameen passed a lie detector test and said he had “serious doubt” on the reliability of witnesses who placed Ameen in Iraq at the time of the killing. 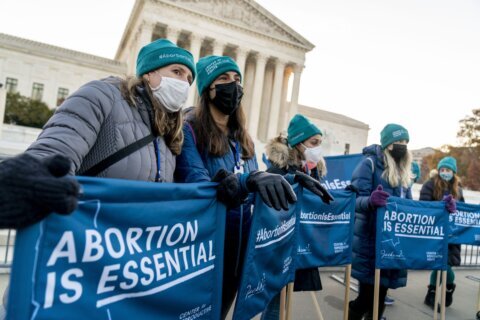