DAYTONA BEACH, Fla. (AP) — A 14-year-old runaway accused of trying to shoot deputies during a standoff in central Florida this year has been ruled competent to stand trial.

After the girl answered a judge’s questions on Wednesday, her public defender and prosecutor agreed she understood the legal ramifications of the charges against her and could assist in her defense, The Daytona Beach News-Journal reported.

She has been charged as an adult in the June 1 standoff with attempted first-degree murder of a law enforcement officer, burglary of a dwelling while armed and criminal mischief causing damage of $1,000 or more.

The girl and a 12-year-old boy ran away from a children’s home after she argued with staff over her desire to go outside and catch lizards.

Prosecutors said the pair broke into a house and armed themselves with weapons they found there, including an AK-47, a 12-gauge shotgun and a .22-caliber pistol. Then they opened fire on Volusia County Sheriff’s deputies who responded to the break-in, according to the sheriff’s office and body camera video.

The deputies initially held their fire, but eventually shot the girl after she pointed a shotgun at them and refused to put it down. The boy surrendered and wasn’t hurt.

The girl remains in jail without bond pending her next hearing on Jan. 10. 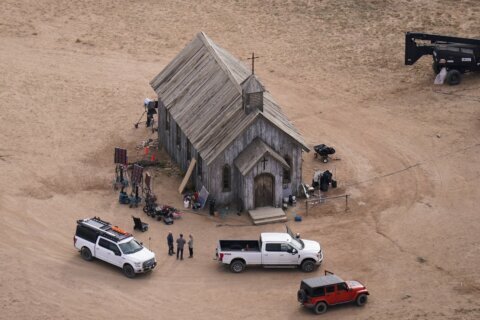