How an all-Black, female battalion helped boost the morale of troops in Europe in WWII

Finally, more than 75 years after completing their World War II mission, the women of the 6888th  are close to receiving the Congressional Gold Medal, one of the nation's highest civilian honors.
Listen now to WTOP News WTOP.com | Alexa | Google Home | WTOP App | 103.5 FM

Rat-infested boxes of stale cakes baked for U.S. troops littered the piles of backlogged mail before an all-Black female battalion stepped up to sort through the postal bags and packages. The 855 women of the 6888th Central Postal Directory Battalion deployed to Europe in 1945, charged with making sure troops received correspondence from their loved ones.

They cut through the two- to three-year backlog of mail in just three months, surpassing the goal of six months set by U.S. Army leaders who felt the lack of mail was hurting the war effort — “no mail, low morale” was the mantra the women employed.

Finally, more than 75 years after completing their World War II mission, the women of the 6888th  are close to receiving the Congressional Gold Medal, one of the nation’s highest civilian honors.

The battalion was initially deployed to Birmingham, England, and after their success there, they received follow-on missions in Rouen, France,  and Paris to clear mail backlogs. The unit disbanded in 1946, and the women came home quietly without any parades or awards to welcome them. 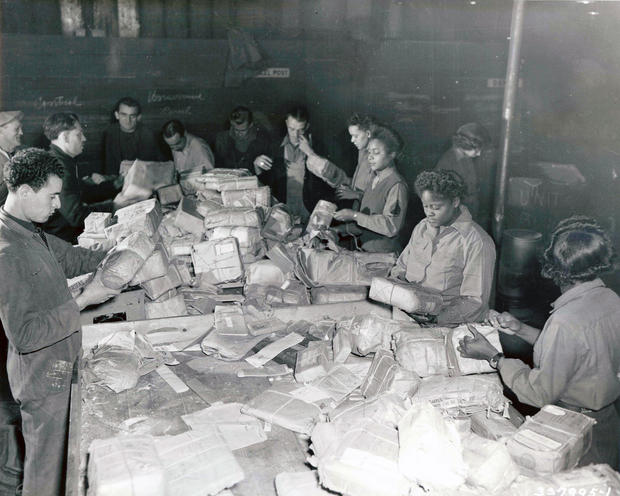 The 6888th Central Postal Directory Battalion in France in 1945.

In the weeks leading up Veterans Day, CBS News spoke to one of the living veterans, as well as several family members of the women who have died.

Charity Adams Earley, the unit’s commander, died in 2002. Her son, Stanley Earley, told CBS News in an interview his mom throughout her life was proud of her role in the unit and of the other women who together successfully helped the country during World War II.

“She also felt like they were in a situation where they needed to succeed,” Stanley Earley said.

“They needed to succeed because the task was critical and because they were the only Black battalion deployed overseas, and it was important they prove people wrong,” according to Earley.

“But mostly they needed to succeed because the task needed to be done,” he added.

“Over my dead body, sir”

The battalion arrived in Birmingham, England, in February of 1945, greeted by piles of mail bags stacked to the ceiling in airport hangars. Many bags contained Christmas letters, gifts, and packages of food that had not made it to the intended U.S. troops in time for the holidays.

The Battle of the Bulge, the last major German offensive, lasted from December 1944 to January 1945 and had exponentially increased the backlog of mail. All of the mail shipped to the continent for U.S. troops had been routed back to England because the fighting during the battle was so severe and the final outcome was unclear.

The first priority the unit took on was delivering the Christmas packages and letters stacked up from Christmas 1944.Then, they moved on to sort through the rest of the piles of mail.

The women worked through the freezing cold and damp airport hangars in eight-hour shifts, sorting through an average 65,000 pieces of mail per shift.

A database of about seven million locator cards contributed to the success of the unit. The women kept track of service members by maintaining and updating the cards identifying where service members were stationed. The cards included serial numbers to distinguish between service members who had the same name, which allowed for faster sorting and delivering. 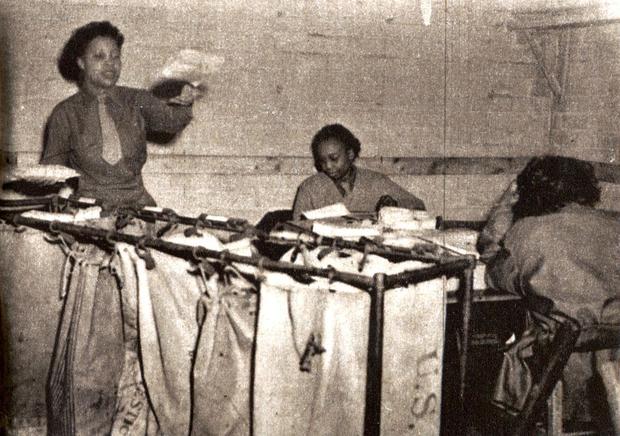 The women worked in shifts around the clock in cold and dark airport hangars and slept when they could. The task was in such constant motion that a general was denied a chance to inspect the full unit because it would’ve diminished their productivity.

The general threatened to send a “White first lieutenant” to show her how to command the unit.

“Over my dead body, sir,” was Major Adams’ reply. He later grew to respect her, according to an account in Adams’ memoir.

The work of Adams and the women of the 6888 is credited with ensuring aid got to the frontlines, comforting mothers and saving marriages.

In particular, Republican Senator Jerry Moran of Kansas thanked the women of the 6888 for keeping his parents together by enabling their correspondence during the war.

“Their efforts made certain that people like my mom and dad, two people that loved each other dearly, were able to communicate throughout the war while my dad was overseas, just like so many other Kansans and Americans who were separated from their loved ones,” Moran said, after his bill to award the Congressional Gold Medal to the 6888 passed the Senate.

Many of the women in the 6888 were just beginning their own lives. Several were only in their late teens or early twenties when they set off for Europe with limited previous travel experience. 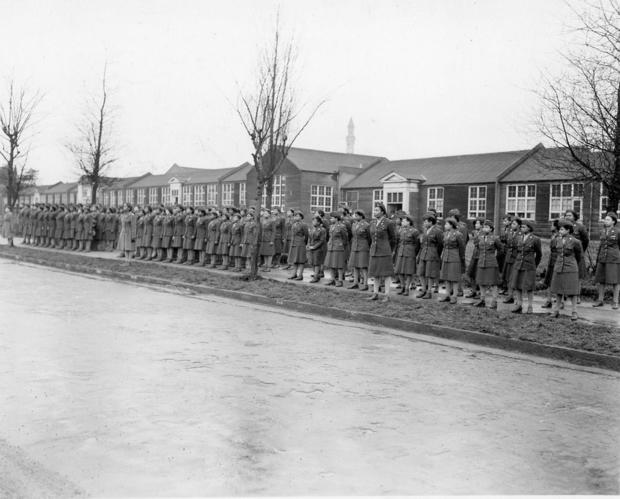 The 6888th Central Postal Directory Battalion in England in February 1945.

Lydia Thornton was just 19 years old when she left Arizona for Europe. Her daughters remember the stories she told about the life lessons she picked up from other women in the 6888 who were older, or just a little more street-smart from living in cities.

“There were women who mentored her because there are certain things a woman away from home should know, like how to get around or what to do if a strange man approaches you on the street,” Rosenda Moore, one of Thornton’s daughters, said in an interview with CBS News.

Thornton was biracial African American and Mexican. She could have served in a White unit but chose to join the Black unit because of the shared community, according to her daughters.

Thornton would go on throughout her life to apply the lessons she learned from mentors in the 6888 to help other women in L.A. She taught language classes to mostly young Latinas learning English and encouraged them to make the most of their lives.

The road to the Congressional Gold Medal and recognition has been paved in large part by Retired Army Colonel Edna Cummings, a citizen advocate for the 6888.

She co-produced the documentary, “The Six Triple Eight,” highlighting the unit’s achievements, and helped erect a monument at Fort Leavenworth in Kansas that lists 841 veterans of the 6888. She has helped identify 849 veterans and is looking for the remaining six.

One of the living veterans, Lena King, spoke to CBS News correspondent Jim Axelrod in 2019 when the effort to award the 6888 the Congressional Gold Medal started receiving attention.

King told Axelrod she was proud of her service, saying, “That made me feel good, that I had done my part.”

Children of 6888 veterans told CBS News in interviews this year their mothers didn’t make a big deal of their service in the war and would be surprised to receive the Congressional Gold Medal.

“In fact, if she were here today, she would say something like, ‘I don’t know what all the fuss is about,'” Alva Stevenson said of her mother Lydia Thornton, who died in 2011.

Despite their modesty about their success overseas, the women of the 6888 instilled values in their children that inspired them to follow paths similar to the ones taken by their mothers.

Lieutenant Colonel (Ret) Rodger M. Matthews, the son of 6888 veteran Vashti Murphy, didn’t hear many stories about the 6888, but when he went to college, his mother encouraged him to join the Reserve Officers’ Training Corps, known as ROTC.

“The only thing that she was adamant about is, “This is what you’re going to do, based on my experience,'” Matthews said. He went on to serve 24 years in the Army. Following his mother’s advice to join ROTC, Matthews says now, was  the “smartest thing” he ever did.

Janice Banyard, the daughter of 6888 veteran Anna Robertson, worked in the U.S. Postal Service for 24 years.

“I’ve always been a people-orientated person, and I knew I couldn’t do the Army, and I always wanted to follow in my mother’s footsteps,” Banyard said in an interview. “So then the Postal Service offered the job. And then I thought, what better way to help people and keep the lines of communication open.”

Inside the ‘big wave’ of misinformation targeted at Latinos

Back in the Day | Lifestyle News | World News