LANSING, Mich. (AP) — After a Michigan official emailed the head of Benton Harbor’s drinking water system in June 2019 about the impoverished city’s failure to hit targets for treating corroded lead pipes, the local leader snapped back: “I have no time for this.”

Municipal superintendent Mike O’Malley’s email response went to lay out grievances about state demands on his office since the discovery months earlier of elevated lead levels in Benton Harbor’s water. The testy exchange was among many between the water chief and state regulators trying to contain what has become Michigan’s second high-profile lead contamination crisis in less than a decade.

The strained ties were evident in emails released last week by the Department of Environment, Great Lakes and Energy. They were among an 11,000-page trove of communications and documents sought by legislators investigating the state’s handling of the predicament in Benton Harbor, a majority-Black city of about 9,100 in Michigan’s far southwestern corner.

But her administration faces complaints of inadequate response from Republican foes and even some allies, including Black activists and environmental groups, as she prepares to seek reelection next year. When campaigning in 2018, Whitmer criticized the performance of GOP predecessor Rick Snyder in the Flint lead emergency.

City and state officials “have failed to address this public health crisis with the urgency it requires,” progressive groups said in a Sept. 9 petition to the U.S. Environmental Protection Agency. Last week, the EPA instructed Benton Harbor to improve corrosion control, repair filters at its treatment plant and better notify residents.

Liesl Clark, director of the state environmental agency, described the Benton Harbor situation as “unique and particularly urgent” in a letter to state Sen. Ed McBroom, the Republican chairman of the Senate Oversight Committee, which is investigating the state’s response. But lead-tainted water is a statewide issue, Clark added.

While acknowledging her department could do better in Benton Harbor, Clark said the thousands of newly released documents show it had gone “above and beyond legal requirements.”

“It’s frustrating to hear this mantra that the state did nothing there for three years,” Eric Oswald, director of the department’s Drinking Water and Environmental Health Division, said in an interview Monday. “We had a pretty significant response effort.”

The documents and emails provide a behind-the scenes look at conversations between state and Benton Harbor officials after samples indicated high lead readings three years ago.

On Jan. 14, 2019, shortly after Whitmer look office, a memo from an Oswald aide said the city wasn’t providing promised bottled water or filters to residents with high lead readings. Local officials were sending mixed messages about the situation and rejecting offers of help with additional sampling, the memo said.

The next month, the state issued a permit for the city to pump orthophosphate and polyphosphate into the water to coat the pipes and prevent erosion. Then came a consent order requiring the city to fix problems with the water system and boost rates to fund upgrades.

Further emails and letters showed state officials prodding O’Malley to increase the number of locations for water sampling, while he argued that fewer should be permissible because the city’s population had fallen below 10,000.

“I put off the lead sampling requirement until recently, now I have to go full speed ahead on finding 60 homes. I have 4 right now,” O’Malley wrote in June 2019. “100 letters 4 responses. We are going to go door to door next and hope for the best!”

When state water treatment specialist Ernie Sarkipato offered help, O’Malley replied: “I have already asked you for help and been denied.”

“We feel caught between a rock in a hard place,” Bolf wrote. Fining the cash-strapped city might worsen relations and achieve little, but with leniency, “the water system remains vulnerable and we are potentially culpable if a problem occurs.”

“To Benton Harbor, your order left us quite anxious about what was required and it felt like, you want us to begin running scared,” he said.

Oswald said Monday he was “cautiously optimistic” the corrosion control system was getting better results and was awaiting results of the latest testing.

The state revoked O’Malley’s certification to operate the city water plant in November 2020 for numerous reasons, including refusing to disclose where samples were taken, said Hugh McDiarmid Jr., spokesman for the environment department. Benton Harbor suspended and later fired him, McDiarmid said.

Muhammad told a legislative committee in October the city’s water problems were years in the making. Benton Harbor was under state emergency management from 2010 to 2014.

One manager laid off half the water plant’s staff and its plant’s director, yet in 2018 the state environmental agency told him more water staff was needed, he said.

“I was cross-eyed because on one hand you had a state official to deplete the water labor and then another official coming back saying you need to increase it,” Muhammad said. 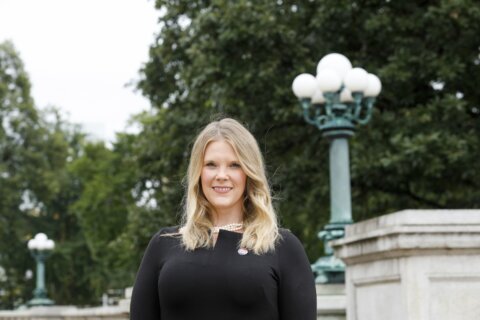