BISMARCK, N.D. (AP) — A federal appeals court has largely upheld a North Dakota law aimed at regulating companies that are hired to hold down prescription costs for insurers and employers.

A three-judge panel of the 8th U.S. Circuit Court of Appeals ruled on Wednesday, reversing its earlier decision. The state law provides oversight of pharmacy benefit managers, including barring gag rules that limit what pharmacists can discuss with their patients such as telling them of cheaper drug alternatives.

Pharmacy benefit managers, or PBMs, negotiate with drug makers on behalf of health insurers, employers and unions that cover medications.

A trade group representing pharmacy benefit managers filed a federal lawsuit in 2017 challenging the North Dakota law that sought oversight on the managers and required disclosure of some financial information.

North Dakota Attorney General Wayne Stenehjem, a Republican, told The Associated Press that the appeals court ruling means the state is now able to enforce its law that “will curb the abusive practices of some PBMs.” Stenehjem said the law is intended to provide people with better access to medications at lower cost.

The Pharmaceutical Care Management Association, which challenged the North Dakota law, said in a statement Friday it was “disappointed with the court’s ruling.”

“Pharmacy benefit managers and health plans will continue to work to lower prescription drug costs while facilitating health care access for older and disabled Americans relying on Medicare and for hard-working employees with coverage through work,” the statement said.

Detective: No rush to judgment in Jussie Smollett case 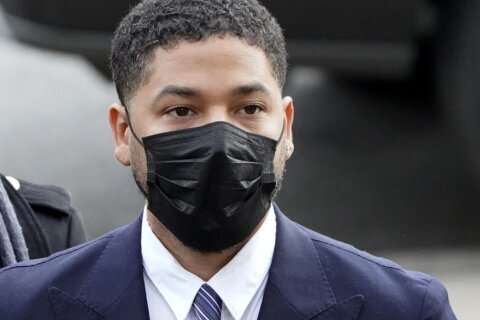