WASHINGTON (AP) — The U.S. on Thursday donated its 200 millionth COVID-19 shot to help vaccinate the rest of the world, the White House announced. The Biden administration aims to lead a global vaccination campaign even as it rolls out boosters for domestic use, which critics say diverts doses from those who are in greater need around the world.

The donated doses include more than 120 million in surplus from the U.S. stockpile of shots, as well as the initial deliveries of the 1 billion doses the Biden administration has purchased from Pfizer for overseas donation by September 2022. More than 100 countries and territories have received the American doses, and the U.S. remains the largest vaccine donor in the world.

“These 200 million COVID-19 vaccine doses have helped bring health and hope to millions of people, but our work is far from over,” U.S. Agency for International Development Administrator Samantha Power said in a statement. “To end the pandemic, and prevent the emergence of new variants, as well as future outbreaks within our nation’s borders, we must continue to do our part to help vaccinate the world.”

While aid groups have praised the U.S. for leading the world in vaccine donations, they have criticized the U.S. for approving booster doses for use in the country while many people in lower-income nations have no protection at all. The Food and Drug Administration approved booster doses of the Moderna and Johnson & Johnson vaccines Wednesday, following last month’s authorization of a third dose of the Pfizer shot.

“The reality is, the more wealthy countries use booster shots, the further we will be from ending the pandemic,” said Tom Hart, acting CEO of the One Campaign. “While some argue that we can both administer boosters and vaccinate the world, the simple fact is that boosters divert supply from an urgent area of need — administering first shots around the world.”

While half the planet has been vaccinated, there are massive geographic and wealth disparities. The majority of global shots have been administered in high- and moderate-income countries. 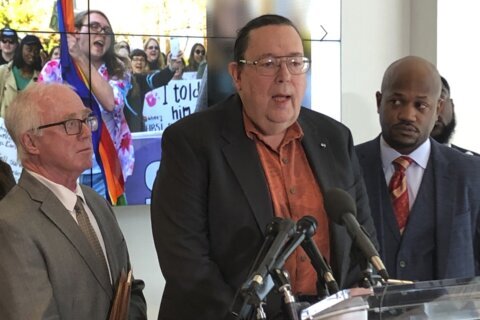