Former President Trump took part in a controversial “tomahawk chop” with Atlanta Braves fans during Game 4 of the World Series on Saturday night.

Months after calling for a boycott of Major League Baseball, Mr. Trump and wife Melania attended the game between the Braves and Houston Astros at Truist Park in Atlanta. They were seen doing a chopping gesture  – a Braves’ gameday tradition considered offensive to many Native Americans.

Debate over the use of the chop and Braves’ name has reemerged nationally as the Braves compete for their first World Series title since 1995. Last week, while MLB commissioner Bob Manfred defended them, the National Congress of American Indians (NCAI) president Fawn Sharp issued a statement in opposition to the continued use of the chop and team name – the latter which was first used by the team in 1912 as a term for Native American warrior.

“In our discussions with the Atlanta Braves, we have repeatedly and unequivocally made our position clear – Native people are not mascots, and degrading rituals like the ‘tomahawk chop’ that dehumanize and harm us have no place in American society,” Sharp said.

The Trumps’ presence at the World Series also received widespread attention after Mr. Trump encouraged a boycott of MLB games in April following the league’s decision to move the 2021 All-Star Game to Coors Field in Denver because of Georgia’s new voting restrictions. Mr. Trump told supporters on Saturday that he would be attending with New York Yankees president Randy Levine and thanked the MLB for the invitation. However, the MLB denied making the invitation and said in a statement, “He requested to attend the game.”

Mr. Trump was joined by U.S. Senate candidate Herschel Walker, a former NFL running back who received the endorsement of the former commander-in-chief. Walker is looking to unseat freshman Democratic Senator Rafael Warnock of Georgia in 2022.

The Braves beat the Astros 3-2 to win Game 4, leaving them one win away from the World Series title. 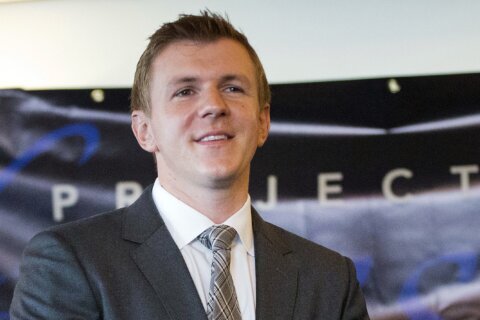 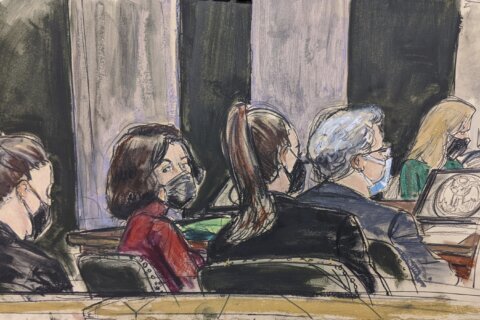