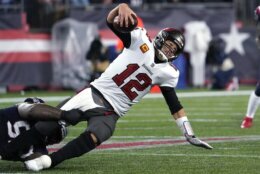 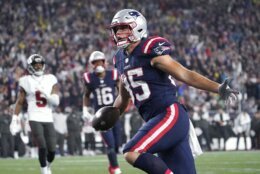 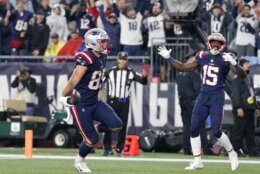 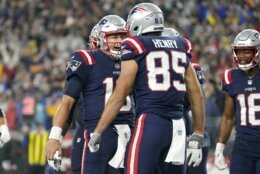 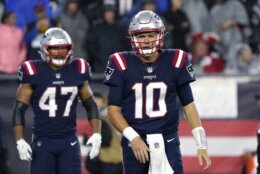 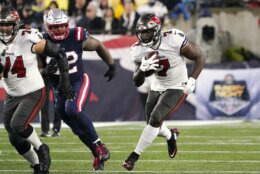 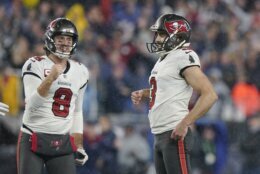 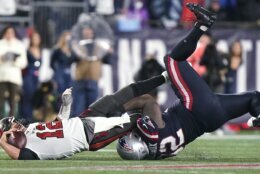 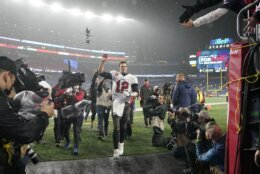 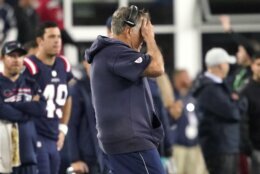 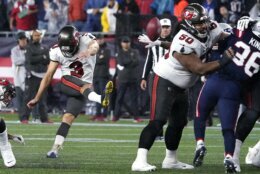 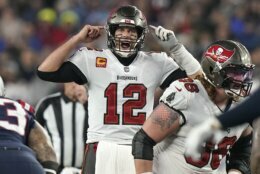 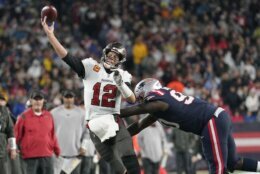 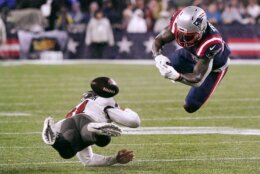 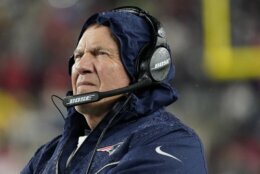 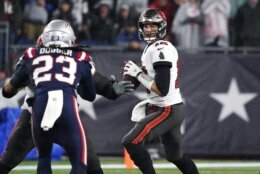 He returned and reminded his former team what they’re missing.

Brady rallied the Tampa Bay Buccaneers to a 19-17 victory over the Patriots on a rainy Sunday night, with Ryan Succop hitting the winning 48-yard field goal late in the fourth quarter.

Brady was 22 of 43 for 269 yards with no touchdowns, but engineered the fourth-quarter drive to beat the team he led to six Lombardi trophies. Ronald Jones added an 8-yard scoring run for defending Super Bowl champion Tampa Bay (3-1).

Brady said the Patriots made them earn the win on an emotional night for him.

“It’s not that I would predict what would happen,” Brady said. “There were a few emotional moments thinking about the people that meant so much in my life. My football journey took me somewhere else.”

“In crunch time when we needed a field goal, he got us down the field,” Bucs coach Bruce Arians said. “He wasn’t going to make any mistakes that cost us the game.”

New England had a chance to win, but Nick Folk’s 56-yard field-goal try hit the left upright with less than a minute to play. The Patriots are 1-3 for the first time since 2001. Bill Belichick dropped to 8-12 since Brady left New England.

“The Bucs won this game,” Arians said. “Everyone wanted to make this Brady versus Belichick. I don’t think Bill took a snap.”

Belichick said nothing Brady did surprised them.

“We went against Tom Brady every day, every day in practice defensively,” Belichick said. “So it’s not like we’ve never seen Tom Brady before.”

“I have a long way to go, and I just try to put my best foot forward every day, and we all want to win,” Jones said.

The Buccaneers were hurt by multiple mistakes on defense and spotty special teams play — marked by poor punts, a missed early field goal and costly penalties.

But Tampa was able to come up with timely plays to stay in the game, including Antoine Winfield Jr. forcing a fumble by J.J. Taylor that was recovered by Richard Sherman — playing his first game since signing a one-year deal last week — to thwart a promising drive early in the third quarter.

Down 17-16, Brady and the Buccaneers took over on their own 25 and needed just seven plays drive to the Patriots 30. After Antonio Brown failed to hang onto a pass in the end zone Succop calmly connected on a 48-yarder with 2:02 left.

Leading 7-6, the Patriots punted and Matt Slater appeared to recover a fumble by Jaydon Mickens. But an unsportsmanlike conduct penalty on Slater negated the play.

The Bucs took over and finished an eight-play, 52-yard drive with an 8-yard scoring run by Ronald Jones.

The Patriots responded on their next possession, using six straight completions by Jones to drive to the Bucs 1. Jones then found Jonnu Smith in back of the end zone for to put the Patriots back in front 14-13.

Tampa marched to the Patriots 8 on their ensuing drive before being forced to settle for Succop’s third field goal to make it 16-14.

New England took back over with 7:58 left in the game and quickly moved down the field, getting into the red zone on a trick play that ended with receiver Jakobi Meyers throwing a 30-yard pass to Nelson Agholor. The drive stalled there and the Patriots nudged back in front 17-16 on Nick Folk’s 27-yard field goal.

Brady was welcomed with cheers during the pregame before taking the field to a stream of boos on the Buccaneers’ first drive of the night.

Some cheers returned on their second offensive series of the night when he completed a 28-yard pass to Mike Evans to surpass Brees’s mark of 80,358 yards to become the NFL’s career passing leader in the regular season.

Tampa Bay’s defense dialed up the pressure on Jones on the Patriots’ next drive. Linebacker Devin White got a free run at Jones up the middle, forcing him to hurry a pass that was tipped by Ross Cockrell and intercepted by Winfield.

The Patriots made the mistake moot, stopping the Buccaneers on third down just inside the red zone. The Buccaneers attempted another field goal, but this time Succop was wide right from 36 yards.

Buccaneers: Davis III was helped off the field in the second quarter with a quad injury and did not return. … Winfield went into the locker room in the fourth quarter to be evaluated for a concussion.

Patriots: At Texans on Sunday. 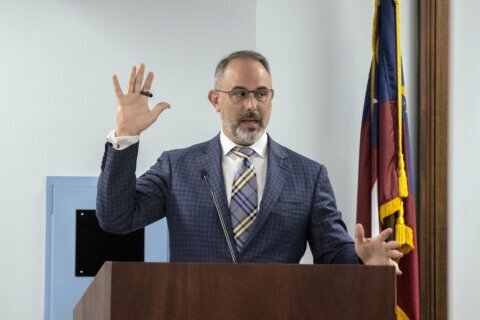 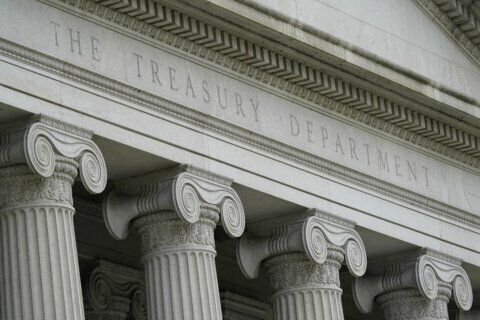