ALAMO, Ga. (AP) — A Georgia police officer was gunned down outside a police station during his first shift with the department early Saturday, authorities said.

The Georgia Bureau of Investigation said Officer Dylan Harrison, 26, was fatally shot outside the Alamo Police Department by Damien Anthony Ferguson. Ferguson, 43, remained on the loose Saturday night, despite the launch of a large manhunt.

Officials did not immediately say what prompted the shooting in Wheeler County, about 90 miles (145 kilometers) southeast of Macon.

“Officer Harrison was a part-time Alamo police officer working his first shift with the department last night,” GBI spokesperson Natalie Ammons said during a news conference, according to the Atlanta Journal-Constitution. She said Harrison was also a full-time Oconee Drug Task Force agent in nearby Dodge County.

Tributes poured in for Harrison, who lived in Laurens County and is survived by his wife and their 6-month-old son.

“Our sincerest thoughts, prayers, and condolences to the family, friends and co-workers of Officer Dylan Harrison who was killed in the line of duty last night in Alamo,” Telfair County Sheriff Sim Davidson wrote in a Facebook post. “We are sincerely grateful for his service.”

Harrison was the first Alamo officer killed in the line of duty, according to the Officer Down Memorial Page that tracks law enforcement deaths. In January, Alamo Police Officer Arturo Villegas died from COVID-19 complications.

Gov. Brian Kemp and the Georgia Department of Public Safety sent condolences to the officer’s family and colleagues in tweets on the social media site Twitter.

“May God continue to be with all who protect and serve,” Kemp wrote. 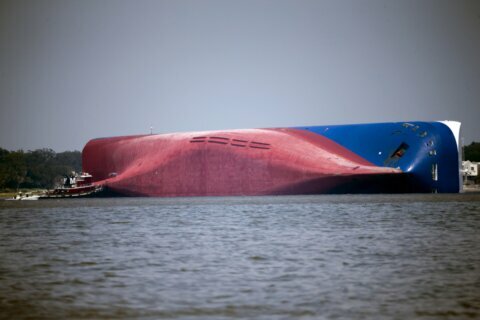