HOUSTON (AP) — The three abandoned brothers were thin, malnourished and hungry, living alone for months with no blankets to keep them warm inside an unfurnished Houston area apartment with soiled carpet, flies and roaches. The trio were barely surviving, abandoned and set adrift alongside the decomposing body of their 8-year-old brother.

Authorities on Wednesday alleged these were the deplorable conditions the children lived in for months as they waited for their mother to call authorities to report that their brother had been beaten to death by her boyfriend. Investigators say the mother never made that call and the oldest surviving sibling, a 15-year-old, finally overcame his fear and called authorities on Sunday.

“For many agency veterans it was the most disturbing scene they worked in their entire law enforcement career. It seemed too horrific to be real,” Harris County Sheriff Ed Gonzalez said at a news conference on Wednesday, a day after charges were filed in the case.

The children’s mother, Gloria Y. Williams, 35, was charged on Tuesday with felony injury to a child by omission and tampering with evidence (human corpse). Her boyfriend, Brian W. Coulter, 31, was charged with murder. Both remained jailed. Court records did not list attorneys for them who could speak on their behalf. Authorities say they could face additional charges.

Deputies found the 15-year-old and two other siblings, ages 10 and 7, living alone in the apartment, Gonzalez said. Authorities also found the skeletal remains of 8-year-old Kendrick Lee underneath a blanket in a bedroom.

The 15-year-old told authorities his parents had moved out of the apartment in March, according to court records.

Williams and Coulter had been together for a couple of years and Coulter at some point allegedly began to consistently beat the younger children, said Harris County Sheriff’s Office Sgt. Dennis Wolfford.

The 7-and 10-year-old siblings told investigators they witnessed Coulter use his fists and feet to hit Kendrick on his face, feet, buttocks, back, legs and testicles, according to court records.

Wolfford said a few months after the fatal beating, Williams and Coulter moved out and went to live at another apartment about 25 minutes away, leaving the three surviving siblings to fend for themselves. The children last attended school in May 2020, according to the Alief school district.

Gonzalez said that Williams provided the children with some food, either by a delivery service or by dropping it off. But it was mostly junk food like noodles, chips and soft drinks, he said. Authorities say it was not enough food for the children and some neighbors also fed them and charged a cellphone for them. But neighbors were unaware of the conditions the children were living in.

“One of the first things I asked them, are they hungry. They said they were … They wanted doughnuts,” Wolfford said of his conversation with the children after authorities found them.

Wolfford said investigators believe the younger children were not allowed to leave the apartment and they continued to live in constant fear of beatings from Coulter. Authorities allege Coulter punched the 10-year-old child in the jaw a few weeks before the body was discovered and that neither he nor Williams got the child any sort of medical care. The child’s injured jaw will require surgery, Wolfford said.

Throughout this, the children continued to live by themselves in an apartment where they saw their brother’s decomposing remains, which were in plain view, Gonzalez said.

Before her arrest, Williams told investigators she didn’t tell authorities what had happened to Kendrick because Coulter told her not to and she was afraid she would go to jail and her children would be taken away by Child Protective Services, according to court records.

The Texas Department of Family and Protective Services has been given temporary custody of the three children.

Two of the children might be on the autism spectrum, Gonzalez said.

Wolfford described the surviving siblings as “sweet children,” but that they have been traumatized and have a “blankness in the eyes.”

“My prayer is that the remaining children find the love, support and protection that they so desperately need and deserve and that they have been missing for so long. And I hope that their future is better than their past,” Gonzalez said. 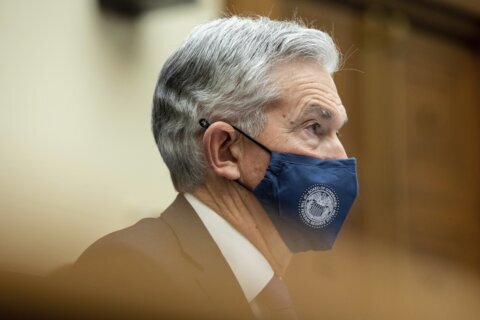