Ronnie Tutt, drummer for Elvis and other stars, dies at 83

NASHVILLE, Tenn. (AP) — Ronnie Tutt, a legendary drummer who spent years playing alongside Elvis Presley and teamed up with other superstars ranging from Johnny Cash to Stevie Nicks, has died. He was 83.

In a Facebook post early Sunday, Terie Tutt wrote that her father died at home surrounded by his family.

“It’s with deep sadness that my family and I share the loss of our beloved dad,” Terie Tutt wrote. “The Legendary Drummer, Ronnie Tutt, ‘has left the building.'”

Elvis Presley Enterprises noted Tutt’s death in a statement Saturday. The group that runs Graceland recalled how Tutt drummed for Elvis with the TCB Band from 1969 until 1977, joining the band put together by James Burton for Elvis’ 1969 Las Vegas opening and staying with Elvis until his death in 1977.

“In addition to being a legendary drummer, he was a good friend to many of us here at Graceland,” the group said in a statement. “We enjoyed each time he joined us here to celebrate Elvis Week, Elvis’ Birthday and many other special occasions. Ronnie was an amazing ambassador to Elvis’ legacy – sharing his memories of working with Elvis with fans – as well as bringing Elvis’ music to arenas around the globe through later Elvis in Concert shows and performances.”

In 2018, Tutt in an interview from The Sessions musician discussion series recalled the high level of preparation it took to play with Elvis.

“It was spectacular,” Tutt said. “He kept us on our toes because he would just turn around and say, ‘Give me an E chord’ or ‘Give me a B flat’ or whatever, and he’d just start singing. He sang hundreds of songs and we had to know them.”

“It’s been my privilege to share the stage with Ronnie for more than 40 years,” Diamond tweeted on Sunday. “He was truly one of the all-time greats in Rock and Roll. God bless you, Ronnie. Give my regards to Elvis. We love you, Ronnie.”

In Tutt’s view, it was about understanding that “you’re doing something that is almost more important than you are — and that is, you are contributing to people’s having a good time, being happy,” he said in the 2018 interview.

“I think it’s important to realize that for a very short period of time in a person’s life, whether it be a day or a two-hour concert or whatever it is, the music that you’ve played and contributed to and been involved with means a lot more to somebody than you can get an inkling of,” he said in The Sessions interview. “I think that’s what keeps me going.” 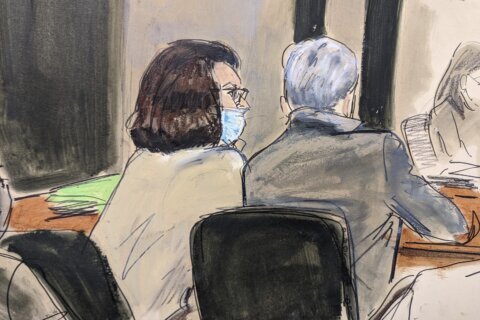