GILLETTE, Wyo. (AP) — A man in the U.S. state of Wyoming allegedly tried getting out of a drunken driving charge by claiming his 4-year-old son was behind the wheel.

Campbell County sheriff’s deputies pulled the 39-year-old man over Saturday. They were responding to a report he’d been fighting with a woman, sheriff’s Lt. Paul Pownall said.

The man had driven off by the time deputies arrived but they caught up with him and his two sons, aged 4 and 15, in his pickup truck later, the Gillette News Record reported.

The man said his 4-year-old son was sitting on his lap and was the one driving, sheriff’s officials said. They say the man refused field sobriety and breath tests.

Deputies arrested him on suspicion of driving under the influence, violating probation and driving without a required device on his vehicle used to detect alcohol, Pownall said. 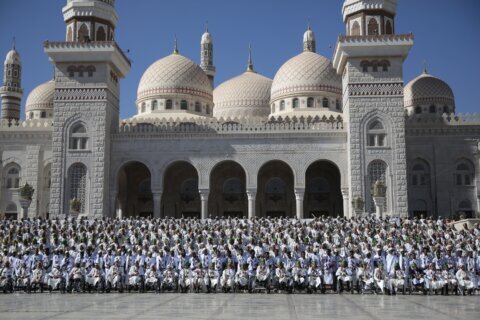