Openings set for Wednesday in trial of Giuliani associate

NEW YORK (AP) — A smiling Lev Parnas, a onetime associate of Rudy Giuliani who is accused along with a co-defendant of making illegal campaign contributions, left a Manhattan courthouse after a newly sworn-in jury was told to return Wednesday morning for opening statements.

Twelve jurors and three alternates were picked Tuesday to sit on the trial, leaving attorney Joseph Bondy expressing optimism that the right people were chosen to hear the case against his client, Parnas.

“We think everything is going really well. We’re looking forward to the openings,” Bondy said as he and Parnas walked together.

He called it an “interesting case where we’ve got a neat defense and people are finally going to hear us.”

U.S. prosecutors say Parnas, a Florida businessman, ingratiated himself with influential Republicans through big campaign contributions, including a $325,000 donation in 2018 to a super PAC supporting then-President Donald Trump.

An indictment said some of those donations were improperly funneled through a company that Parnas co-owned in ways that disguised the origin of the money and evaded limits on personal donations.

Parnas initially came to public attention in 2019 as he assisted Giuliani’s effort to get the government of Ukraine to investigate Hunter Biden, the son of then-presidential-candidate Joe Biden. Giuliani is not charged in the case and prosecutors haven’t alleged that he knew anything about illegal campaign contributions.

Parnas and a co-defendant, Andrey Kukushkin, are also accused of arranging donations on behalf of a Russian financier, Andrey Muraviev, as part of an effort to expand his legal marijuana businesses in the United States. Prosecutors said Muraviev put up $1 million dollars for the venture.

U.S. District Judge J. Paul Oetken introduced the case Tuesday to prospective jurors spaced apart from one another in a New York courtroom because of coronavirus concerns.

He described each of six counts and said the trial was expected to last two weeks.

The judge said he wanted jurors who could decide the case “fairly and impartially” based solely on the evidence.

Parnas and Kukushkin, along with their lawyers, were each introduced to the pool of prospective jurors. Each stood and pulled a mask down so their faces could be seen.

Bondy has argued that Parnas had no intention of making illegal donations on Muraviev’s behalf and that the $1 million was a personal loan that went to another man who has already pleaded guilty in the case, Igor Fruman.

Kukushkin’s attorney, Gerald Lefcourt, has said his client, a San Francisco-based entrepreneur with longstanding ties to legal marijuana businesses in California, was “duped” by Parnas and Fruman and also had no inkling they were doing anything illegal.

Outside court after the jury was chosen, Bondy said he was careful during jury selection to try to find jurors by concentrating on what they listen to, what they read, people they associate with and their family structures.

“We were really looking as a New Yorker, born and raised, for people who are kind of like us, a community of your peers,” he said, though he noted that the large room where jury selection occurred had obstructions that made it difficult to sometimes see masked prospective jurors.

“I’m like stuck behind a column, right?” he said. “I had no idea who I was looking at.”

Still, he called it a “great selection process.”

And Bondy added: “We just want truth to prevail.” 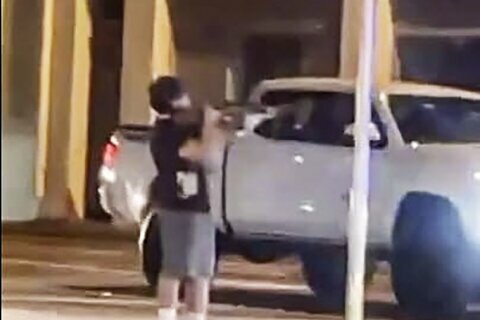 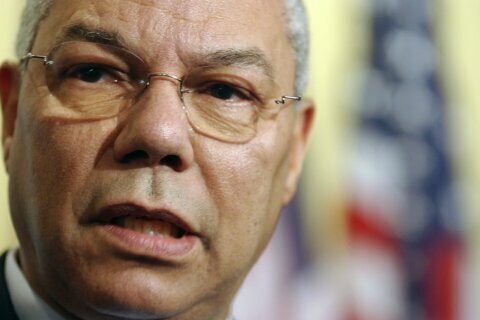