ATLANTA (AP) — Officials in Georgia’s most populous county, where election operations are already under review by the state, have fired two workers accused of shredding paper voter registration applications, according to a county statement released Monday.

Preliminary information indicates that the employees checked out batches of applications for processing, and they are alleged to have shredded some of the forms, the Fulton County statement says. Fellow employees reported the alleged actions to their supervisor Friday morning, and the two employees were fired that day.

The county statement says the applications were received in the past two weeks. Fulton County includes most of the city of Atlanta, where voters are set to go to the polls Nov. 2 to elect a mayor, City Council members and other municipal officials. The deadline to register to vote in that election was Oct. 4.

“Normally, processing a voter registration application involves entering them in the state system, updating them, verifying their information,” she said. “That is the matter that’s under investigation — was that process completed.”

Voters don’t register by party in Georgia, so the applications had no party affiliation.

Fulton County Registration and Elections Director Rick Barron reported the allegations to the secretary of state’s office of investigations.

“Fulton County called the secretary of state’s office. We told them about this and we asked them to investigate,” Corbitt said.

“Elections are the most important function of our government,” Pitts said in the statement. “We have committed to transparency and integrity.”

Georgia Secretary of State Brad Raffensperger, a Republican who has long criticized election operations in the heavily Democratic county, said in a news release that his office has launched an investigation and he called on the U.S. Department of Justice to look into the county’s elections.

“After 20 years of documented failure in Fulton County elections, Georgians are tired of waiting to see what the next embarrassing revelation will be,” Raffensperger said in the release. “The Department of Justice needs to take a long look at what Fulton County is doing and how their leadership disenfranchises Fulton voters through incompetence and malfeasance. The voters of Georgia are sick of Fulton County’s failures.”

Fulton County does have a history of election problems, including long lines, inefficiency in reporting election results and other issues. The June 2020 primary election was especially problematic, and the State Election Board entered into a consent order with the county that included appointing an independent monitor for the general election. The county also took numerous steps to ensure things would run more smoothly in November.

The monitor, Carter Jones, who had previous experience working on elections in other parts of the world, observed the county’s election processes from October through January, and said he observed sloppy practices and poor management but saw no evidence of “any dishonesty, fraud or intentional malfeasance.”

Georgia’s State Election Board in August appointed a review panel to investigate Fulton County’s handling of elections after receiving requests from Republican lawmakers who represent the county. The lawmakers used a controversial provision of the state’s sweeping new election law to trigger a process that could ultimately lead to a takeover of elections in the county.

Any Fulton County resident who tries to vote in an upcoming election and is found not to be registered will be able to vote using a provisional ballot, and an investigation will follow, the county statement says. 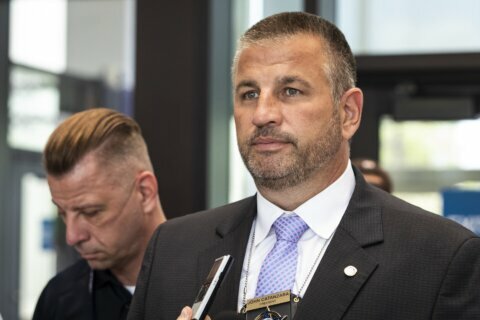