Dozens of US nuclear lab workers sue over vaccine mandate

ALBUQUERQUE, N.M. (AP) — Workers at one of the nation’s premier nuclear weapons laboratories face a deadline Friday — be vaccinated or prepare to be fired.

A total of 114 workers at Los Alamos National Laboratory — the birthplace of the atomic bomb — are suing over the mandate, saying exemptions have been unduly denied and their constitutional rights are being violated by Triad National Security LLC, the contractor that runs the lab for the U.S. Department of Energy.

It will be up to a state district judge whether to grant an injunction to prevent employees from being fired while the merits of the case are decided. A hearing was underway Thursday.

The lawsuit alleges that lab management has been harassing employees and has created a hostile work environment. The complaint outlines the experiences of many of the workers, including one who was screamed at for not being vaccinated and was told by a fellow crew member that he and his family deserved to die.

The lab has declined to comment on the lawsuit and has not answered questions about the current vaccination rate among employees, whether any exemptions have been approved or what will happen to employees who refuse to be inoculated when Friday rolls around.

The plaintiffs include scientists, nuclear engineers, project managers, research technicians and others who have some of the highest security clearances in the nation for the work they do. Some employees said many of those who could lose their jobs are specialists in their fields and would be difficult to replace in the short term.

Some of the employees who are part of the lawsuit have worked for Los Alamos lab for decades, while others are newer hires who have relocated to New Mexico from other states and countries. Thirty-four of them are named in the lawsuit and 80 have opted to remain anonymous, citing fears of retaliation.

While the lab said last week that more than 96% of workers had at least one shot, it’s not known yet how many have received a second dose. Some workers have estimated that the percentage of those fully vaccinated by Friday will be lower.

Some employees have estimated the lab could lose anywhere from 4% to 10% of the workforce because of the mandate.

“In any organization there are people, not always recognized, who quietly make the work of others possible. Lose them, and you are in trouble,” said Greg Mello of the Los Alamos Study Group, a watchdog group that has been monitoring lab activities for years.

The lab currently employs nearly 14,000 and is among the largest employers in New Mexico. It’s also located in a county that is among the most affluent in the U.S. because of its high population of Ph.Ds.

Attorney Jonathan Diener, who is representing the workers in their lawsuit, said the case includes a wealth of scientific information to consider, but he was hopeful the judge would make a decision soon because people’s lives stand to be upended.

The lawsuit cites statements made over the last year by top officials in the U.S. and with the World Health Organization in which they noted that there is more to be learned about how the vaccines reduce infection and how effective they are when it comes to preventing infected people from passing it on.

“The fact that the vaccines have only been shown to reduce symptoms of the recipient and not prevent infection or transmission is a fact extremely important to plaintiffs’ claims,” the lawsuit states.

Since the lab’s vaccination rate already is thought to be high, Mello said forcing the few holdouts to get shots would make no epidemiological difference.

“If LANL doesn’t have herd immunity at this point, there is no basis for the mandate. LANL is not being scientific,” he said.

Some of the workers have raised similar arguments, saying the high degree of scrutiny that is required of them when working with nuclear weapons or other high-level projects is not being applied on the vaccine front despite the lab’s extensive modeling work for the state on spread and other COVID-19 related trends.

At Sandia National Laboratories, based in Albuquerque, all employees and subcontractors must be fully vaccinated by Dec. 8 or file for an exemption by Friday. Lab managers made COVID-19 vaccinations mandatory for new hires on Sept. 13.

So far, more than 88% of Sandia employees, interns, post-doctoral staffers and contractors at sites in New Mexico and California are fully vaccinated.

In New Mexico, nearly 72% of people 18 and over are fully vaccinated. That percentage hasn’t moved much in recent weeks as more people are pushing back against the vaccines. 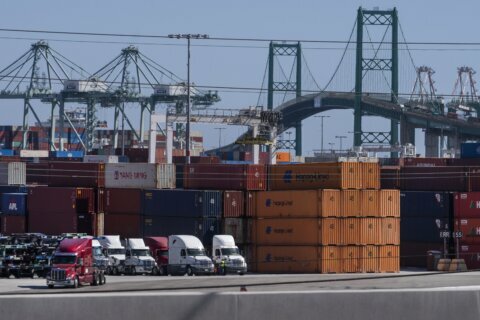