DETROIT (AP) — Four people were charged Wednesday with involuntary manslaughter, nearly eight years after the death of a Black man who was pinned to the floor by security guards at a suburban Detroit shopping mall.

The Michigan attorney general’s office reopened the case in 2020.

McKenzie Cochran, 25, struggled with guards and was hit with pepper spray at Northland Mall in Southfield in 2014. Authorities said the man died of compression asphyxiation.

Witnesses said Cochran could be heard saying: “I’m not resisting — I can’t breathe.”

The Oakland County prosecutor at that time said the guards were poorly trained but had no intent to harm Cochran. Jessica Cooper said she had consulted experts, including the U.S. Justice Department, and declined to file charges.

Attorney General Dana Nessel said she would discuss the case at a news conference Thursday.

“My client and his family are in absolute disbelief,” said George Gostias, an attorney for King, noting the number of years since Cochran’s death and the previous legal conclusion.

It wasn’t immediately known if the others have lawyers who could comment.

In 2014, when Cooper decided against charges, she said Cochran was reported to have made threats in a jewelry store. He was then confronted by mall security staff.

An attorney for Cochran’s estate, Gerald Thurswell, reached a confidential settlement with a security company. He said he interviewed the guards during the litigation and subsequently gave the depositions to investigators.

“The bottom line is there was no reason whatsoever to hold him down when he’s begging, ‘I can’t breathe,’” Thurswell told The Associated Press. “Justice is being served. Clearly there’s probable cause to have them charged.”

He likened it to the death of George Floyd, who said he couldn’t breathe when his neck was pinned under the knee of a Minneapolis police officer in 2020. Derek Chauvin was convicted of murder and manslaughter.

“This could have been the first case,” Thurswell said, referring to the nearly eight years that have passed since Cochran’s death. “This shouldn’t have been the last case.” 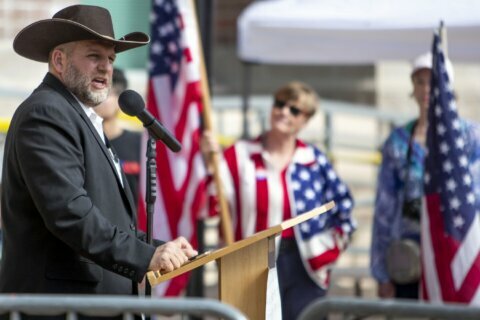