ROCKFORD, Ill. (AP) — A woman who struggled with a robber inside an Illinois Subway shop said the owner suspended her from work after surveillance video of the fight became public.

Araceli Sotelo told The Rockford Register Star that she was working alone in the sandwich shop Sept. 5 when a man came in with a gun and demanded money. The 20-year-old said she had been working at the shop for about a month at the time and didn’t have any training or guidance about what to do if someone attempted to rob the Subway.

The video shows Sotelo screaming “stop” and “move” at the man, who is in the employee area behind the sandwich preparation counter with her. She struggles with him as he tried to grab her purse, and she warns him she’s going to call the police.

They continue struggling, moving into the customer side of the restaurant, and the man drops a sweatshirt and a gun on the ground along with Sotelo’s purse. She scrambles to pick up the gun and he picked up her purse and seemed to offer it back to her.

Sotelo is then shown swinging the gun at his head, hitting him once before the video clip ends.

“I was kind of like, I felt like I had no other options, you know?” she said. “I was alone in there, and anything could have happened, you know? So, I did what I thought was right.”

Sotelo said she doesn’t know how the video became public. She said she only posted it this week to her TikTok account after the store owner suspended her from her job.

The Subway franchise owner declined to comment to the Register Star.

In a written statement, Subway’s corporate office said the company is “deeply concerned about the recent incident at a franchised location in Rockford, Illinois.”

“The restaurant owner and management are fully cooperating with the police investigation, and we request patience until that process is complete,” the statement said.

Sotelo said the man took her purse along with her ID and debit card. Police have not reported an arrest. 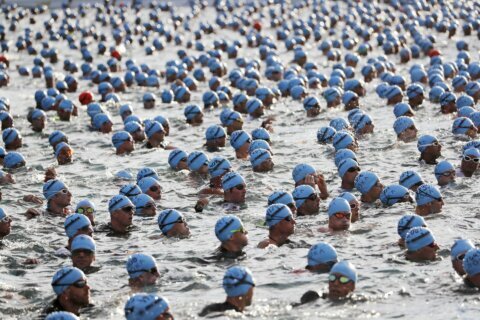 Forecasters: Subtropical Storm Teresa forms north of Bermuda, is not expected to strengthen