Twenty years after the Sept. 11 attacks, Boston has never truly come to terms with its supporting role in the transcendent events of that day.
Listen now to WTOP News WTOP.com | Alexa | Google Home | WTOP App | 103.5 FM
(1/10) 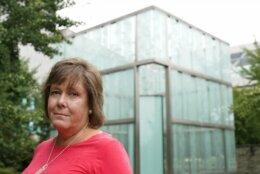 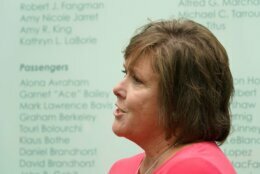 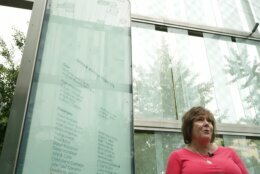 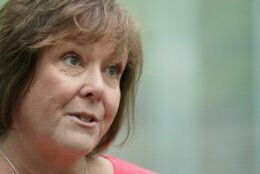 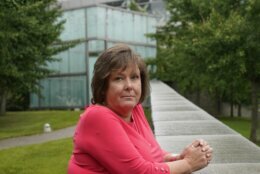 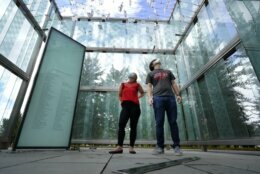 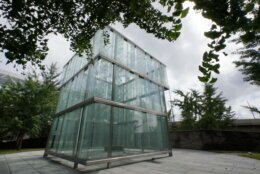 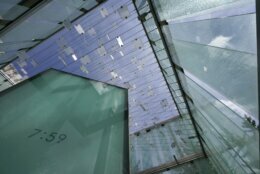 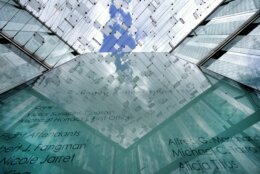 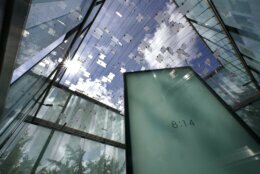 BOSTON (AP) — Tucked in a grove of ginkgo trees, a glass cube at Logan International Airport pays tribute to those lost aboard the two jetliners that took off from Boston and were hijacked by terrorists who flew them into the World Trade Center towers.

But it’s mostly silent homage. The memorial etched with the names of those who perished aboard American Airlines Flight 11 and United Airlines Flight 175 draws few visitors. And the airport’s other nods to its role in the tragedy — American flags that fly above the jetways at the gates where the flights departed — go mostly unnoticed and unremarked.

It’s reflective of the city’s uneasy ties to the transcendent events of Sept. 11, 2001.

“It still feels surreal in a way, because it was just horrifying beyond anyone’s ability to grasp,” said Virginia Buckingham, who was CEO of the Massachusetts Port Authority, which operates Logan, on 9/11.

Five terrorists smuggled box cutters aboard American Flight 11 at Logan. Five others did the same with United Flight 175 at another terminal. “None of the checkpoint supervisors recalled the hijackers or reported anything suspicious regarding their screening,” the government’s 9/11 Commission said in its report.

On the day of the attacks, Buckingham was preparing to fly to Washington to meet with the Federal Aviation Administration about a new runway at Logan when she got a six-word message that still chills her: “Two planes are off the radar.”

Six weeks after the attacks, then-Gov. Jane Swift pushed Buckingham to resign. Buckingham, who wrote a haunting 2020 memoir, “On My Watch,” said it all nearly broke her — and she’s only recently come around to the idea that it wasn’t her fault.

“I have PTSD, both from the trauma of seeing what unfolded like all of us had to, but also being blamed for it caused terrible trauma, bad dreams, depression,” she said. “I was held personally accountable for the deaths of thousands … It’s been a long road back, and it’s nothing compared to what the families have gone through.”

Underscoring Boston’s uneasy attempts to distance itself from its role in the attacks, subdued 20th anniversary remembrances are planned at the airport on Saturday, Sept. 11.

Massport spokesperson Jennifer Mehigan said nothing is planned apart from the usual TSA honor guards stationed at the airport’s main checkpoints in the morning. American and United will have private ceremonies.

The agency was thrust into exhaustive legal battles after the developer of the World Trade Center sued it, American and United, claiming porous security at Logan ultimately was to blame for the toppling of the towers. It didn’t end until 2017, when insurers for the two airlines agreed to pay $95 million to World Trade Center Properties to close the case.

Massport, also named as a defendant in dozens of wrongful death lawsuits brought by families of 9/11 victims, maintained it had no legal responsibility for the attacks because it didn’t control security checkpoints. Ultimately, a federal judge agreed.

Twenty years on, there is little to suggest that Boston has truly come to terms with its supporting role in the attacks.

Although a monument to victims in Boston Public Garden gets traffic, dozens of the 2,997 memorial flags planted there ahead of Saturday’s anniversary were uprooted by vandals overnight.

Logan’s atmospheric memorial, meanwhile, is rarely visited. On a recent weekday visit, an Associated Press photographer saw only two people enter the cube during a three-hour stay. That’s in sharp contrast to the frequently crowded memorial downtown to victims of the 2013 Boston Marathon bombings, which killed three spectators, wounded more than 260 others and spawned the slogan “Boston Strong.”

“I’m struck by the amnesia that’s set in,” said James Carroll, a former priest and retired Boston Globe columnist. “All we’re left with is the mythology of 9/11. I would have expected better of Boston.”

As the 20th anniversary approaches, the most poignant Boston-centric commemoration is a one-man operation. Retired flight attendant Paul Veneto, 62, a regular on United Flight 175’s Boston to Los Angeles route who had taken 9/11 off, is pushing an airline beverage cart from Boston to New York City to honor the pilots and fellow crew members who died in the attacks.

“I turned my life around to be able to recognize these guys who were never recognized,” said the Braintree, Massachusetts, resident, whose survivor’s guilt triggered a 15-year prescription drug addiction.

Buckingham likens her own life to a piece of sea glass.