SIOUX FALLS, S.D. (AP) — South Dakota Republican and Democratic legislators alike said Wednesday that they want more details from Gov. Kristi Noem’s administration about a meeting last year that included the governor, her daughter and state employees overseeing an agency that had moved to deny her daughter’s application to become a certified real estate appraiser.

In response to the report from The Associated Press this week, the Legislature’s Government Operations and Audit Committee will look into the matter when it meets at the end of October, according to the committee chairman, state Sen. Kyle Schoenfish. The Republican governor has dismissed the report as an attack on her family, but lawmakers from within her party said they want answers from her administration about what happened.

Schoenfish, a Republican, said the committee is still working out the details of how it will address the issue. Republicans, who hold supermajorities in the Legislature, will ultimately determine how far-ranging the inquiry is.

The AP reported Monday that Noem last year summoned to her office a state employee who was overseeing her daughter’s appraiser license application just days after the agency moved to deny her the license. After the meeting, Noem’s daughter, Kassidy Peters, was not denied a license, according to the Department of Labor and Regulation. Peters received her certification four months later, on Nov. 25, 2020.

A week after Peters received her license, the state employee who directed the agency was allegedly pressured to retire by Noem’s Cabinet secretary. The state employee, Sherry Bren, eventually received a $200,000 payment from the state to withdraw an age discrimination complaint and leave her job.

The governor’s office declined to answer questions from the AP about what was discussed in the meeting. On Wednesday, Noem took to Twitter with a pair of tweets that defended her actions but didn’t detail what took place at the meeting.

“I never asked for special treatment for Kassidy. Others went through the same process that Kassidy did,” the governor wrote. “I have heard for years how difficult it is to become an appraiser in South Dakota, making it harder for South Dakotans to purchase a home. I have been working for years to fix that process, and I signed legislation to that effect this past session.”

Noem’s spokesman, Ian Fury, did not respond to a request for comment about the Legislature’s decision to look into the episode.

“I want to know specifically in that meeting, what were the discussions?” said Democratic state Rep. Linda Duba, adding that the meeting would have been “extremely intimidating” for the state employee who was overseeing Peters’ application.

Republican state Rep. Randy Gross, who is the vice-chair of the committee, said he was refraining from any speculation as to what happened, but that he wanted to hear from Noem’s administration to get “a reliable sequence of activities or events.”

“I want to be accurately informed,” he said.

Noem, 49, has generated speculation about a possible 2024 White House bid by forming a federal political action committee, assisting with campaigns across the country and attending many of the same events as other potential GOP hopefuls. Though Noem has said she’s focused on reelection in 2022 and hasn’t publicly indicated that she plans to run for president, she has visited the key early presidential campaigning states of Iowa, New Hampshire and South Carolina, and shown a willingness to jab at potential rivals.

In her first term as governor after nearly a decade in Congress, her star has risen as she has honed a message of more freedom and less government — particularly during the coronavirus pandemic.

Bren had limited her comments about the episode because the settlement of her age discrimination complaint includes a clause barring her from disparaging state officials.

The committee has the power to subpoena documents from state government, said Democratic state Sen. Reynold Nesiba, but he added that whether lawmakers choose to wield that power will depend on Republican support. He said he will also be looking into how the state government paid the $200,000 to Bren to settle her age discrimination complaint.

Attorney General Jason Ravnsborg, a Republican, has said he is reviewing the episode. However, he has become a political enemy of the governor, who called for his resignation following a car crash in which he struck and killed a man walking on a highway.

Democrats said the Government Operations and Audit Committee and the Appropriations Committee were the right place to start an inquiry, but they acknowledged that they would need Republicans to help delve into the issue.

“I think it takes a lot of courage,” Duba said. “There’s a lot of concern because it doesn’t pass the smell test at all.”

This story has been updated to correct the first name of state Sen. Kyle Schoenfish. 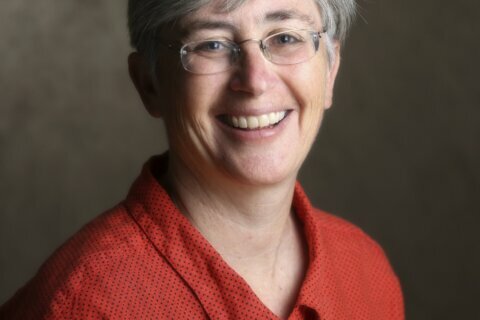