Scenes from Week 3 of the R. Kelly sex-trafficking trial

NEW YORK (AP) — The third week of the R. Kelly sex-trafficking trial in New York City saw more accusers — including for the first time, a man — coming forward with array of disturbing allegations and a former assistant providing a glimpse into how he lorded over his inner circle. The accusers have testified without using their full real names to protect their privacy.

Defense attorneys for the 54-year-old “I Believe I Can Fly” artist continued to counter by saying his alleged victims had every opportunity to reject him after they say he sexually abused them starting when they were underage, but instead chose to take advantage of his lavish lifestyle.

There will will be a break in the trial until Thursday. Here are a few scenes from week three:

The trial has given an inside look at how R. Kelly assembled a crew of assistants — some called “runners” — to cater to his every whim.

They faithfully drove the R&B celebrity, fed him, booked his travel and provided security for him. For some, their only job was to be on call to join in for one of his favorite pastimes: pick-up basketball games.

His minions have testified they were subject to deductions from their paycheck — “fines” — if they screwed up. Prosecutors say the crew members also were expected to turn a blind eye to the sexual abuse of women and girls, never daring to intervene.

A former assistant who worked for Kelly from 2015 to 2017, Suzette Mayweather, testified she was involved with enforcing rules imposed by her boss to keep one of his underage victims in line.

She said he once reprimanded her for allowing the victim to leave a van to go to the bathroom without getting his permission first. He also flew into a rage when she was caught discussing his relationship with another woman.

“It was the first time that I had ever seen Rob really upset,” she said. “It wasn’t the tone. It was the look in his eyes.”

Mayweather also provided a description of one the more bizarre displays of fealty toward Kelly.

She testified how Kelly once contacted her in the middle of the night, demanding that she bring a sweet potato pie to his studio. With no objection, she hurriedly looked up a 24-hour Walmart and found out it carried Patti LaBelle-brand sweet potato pies.

Mayweather bought every pie in sight and delivered them by Uber to the studio. She testified Kelly greeted her by saying, “I thought you were going to fail your test.”

She said she watched as Kelly put the pies away without taking a bite.

Two witnesses described the garage at R. Kelly’s Chicago-area mansion as a den of iniquity where he indulged his kinky side.

Both said the garage had been converted into a gym, with a boxing ring, workout equipment and a sauna. A male witness told the jury how Kelly once took him there and, with a snap of his fingers, made a naked “young lady” emerge from underneath the box ring to give both of them oral sex.

A woman also testified about agreeing to have threesomes with Kelly and other women. One time, she said, the defendant had her put on lingerie and interact with a girlfriend who was wearing a leash and collar, describing it as an S&M role-playing experience.

“She was on her hands and knees and I was walking her,” she said.

The jury also heard from another woman who accused Kelly of giving her herpes and told of filing police reports and suing him for failing to disclose an STD.

She also went public with her allegations, including on a podcast where she said: “I don’t like the word victim because I don’t feel like a victim” and “let’s be clear, I made a choice to be involved with that person.”

Kelly attorney Deveraux Cannick confronted her with the comments, and peppered her with questions about why she stayed in a sexual relationship with Kelly that began when she was 19 if she thought she was being exploited.

“You made a choice,” Cannick said, adding, “you participated of your own will.”

When a prosecutor had a chance to question the witness again, she defiantly stood by her statements, agreeing she “didn’t like the term survivor.” The prosecutor then turned the question of choice around on Kelly.

For more coverage of the R. Kelly trial in New York, visit our hub: https://apnews.com/hub/r-kelly 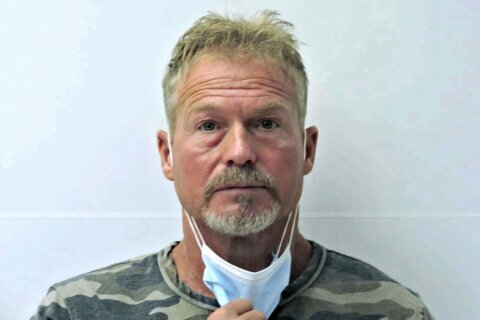