NEW YORK (AP) — He’s a veteran Democratic office holder who registered as a Republican in the late 1990s. He’s a junk food lover who turned vegan. He’s an insider with an outsider’s sense of grievance.

But Eric Adams, who first gained fame as a critic of the police department he served in, likes to complicate his moderate image by stressing his working-class origins and rabble-rousing history.

And despite his promises to bring a pro-business approach to City Hall, a strategy some of his progressive political New York City contemporaries have shunned, he insists he’s a liberal.

He won the primary by striking a personal balance on policing and racial injustice. As a former NYPD police captain, he could talk tough on crime. But he also cited an experience with police brutality in his youth and his record as a leading voice for reform within the department.

He’s doubled down on crime prevention, saying the city needs to be perceived as safe if businesses are going to bring employees back to work after the pandemic and start investing in New York again.

One of six children raised by a single mother who worked as a house cleaner, Adams spoke of carrying a garbage bag full of clothes to school because he feared his family would be evicted. He said he was beaten by police officers when he was 15 after he was arrested for trespassing.

Wanting to change the system from within, Adams joined New York City’s transit police in 1984 and became an NYPD officer when the transit force was merged into the larger department.

He rose to captain while maintaining a gadfly presence as co-founder 100 Blacks in Law Enforcement Who Care, an advocacy group that sought criminal justice reform and spoke out against police brutality.

Adams said he also joined some of the protest marches that followed the 2020 killing of George Floyd by Minnesota police officers, but he condemned the destruction that occurred after some protests.

After retiring from the police department in 2006, Adams won a seat in the state Senate representing a Brooklyn district. He was elected Brooklyn borough president in 2013 and has held that job while running to succeed the term-limited Mayor Bill de Blasio.

In his AP interview, Adams said he supports some of de Blasio’s actions to combat the COVID-19 pandemic, including his decision to restrict indoor restaurants, gyms and entertainment venues to people who have been vaccinated. Enforcement of that new rule began Monday.

“We can’t close down our city again,” Adams said. “And even some of the restaurant advisers and organizations are saying this is a good move to make.”

Adams has promised to appoint a woman as police commissioner, which would be a first for the 176-year-old department.

“We have qualified women all over the country who are capable of running this police department,” he said. “We’ve used an old boys network that predominantly has consisted of male whites. And I say no to that. I’m going to put qualified, competent people of different genders, different ethnicities into positions of authority.”

Asked about a plan approved in 2019 to close the notorious Rikers Island jail complex and replace it with several smaller jails, Adams pivoted to undiagnosed learning disabilities, a pet issue.

“Don’t talk about Rikers Island when you don’t close the pipeline that feeds Rikers Island,” Adams said. “I’m not hearing anyone talk about dyslexia screening in schools to stop the 30% of the inmate population from being dyslexic.”

He also wrote the book “Healthy at Last,” published last year, in which he discussed his efforts to overcome diabetes with a plant-based diet.

Adams’ Borough Hall office became a source of controversy in June when Politico reported that he was sleeping there many nights and questioned whether he had a residence in New York City.

Adams co-owns an apartment in Fort Lee, New Jersey with his partner, Tracey Collins, who works for New York City’s Department of Education, but offered reporters a tour of his basement apartment in the Bedford-Stuyvesant neighborhood in Brooklyn, which he said has been his primary residence.

If he wins in November, Adams said, he may or may not move to Gracie Mansion, the official mayor’s residence.

Wherever he sleeps, he said, New Yorkers are “going to see me in a laundromat doing my own laundry, in the supermarket looking at the prices of food, on the subway system understanding when trains are delayed in the tunnel,” Adams said. “That’s what New Yorkers need right now.” 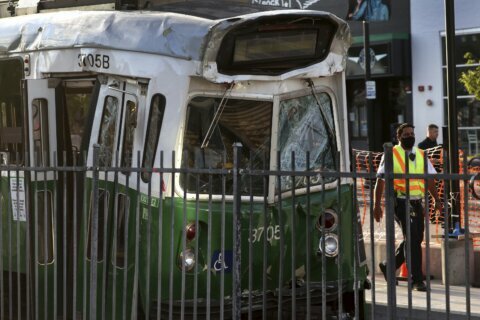 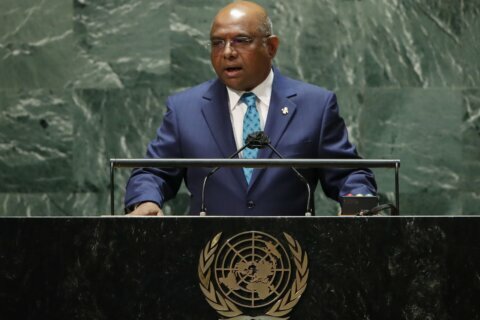