KALAMAZOO, Mich. (AP) — A former nurse charged in the death of a teenager who was restrained at a Michigan…
Listen now to WTOP News WTOP.com | Alexa | Google Home | WTOP App | 103.5 FM

KALAMAZOO, Mich. (AP) — A former nurse charged in the death of a teenager who was restrained at a Michigan youth home has been placed on probation for 18 months.

Heather McLogan had no direct role in restraining Cornelius Fredericks at Lakeside Academy in Kalamazoo, but she acknowledged that she didn’t stop it, WWMT-TV reported.

A no contest plea is not an admission of guilt but is treated as such at sentencing.

McLogan, if needed, will testify against two co-defendants who have been charged with involuntary manslaughter and child abuse.

Fredericks, 16, died on May 1, 2020, two days after he lost consciousness while being restrained by staff at Lakeside. Prosecutor Jeff Getting said at the time that he was being restrained for throwing a sandwich.

Lakeside, now closed, was a facility for teens with behavioral problems.

Family members who spoke in court said they remain heartbroken over the teen’s death.

“She feels terrible what happened,” said McLogan’s attorney, Anastase Markou. “I think it surprises her looking at the video each time, how she just stood by after the restraint was finished.”

Judge to rule on barring union from discussing vaccine order 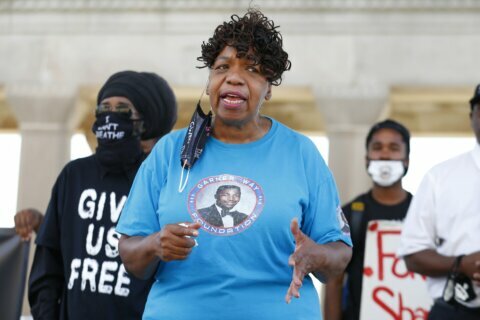