Audio from an inquest into the shooting death of Derontae Martin offers widely conflicting accounts of how the young Black man died inside a rural Missouri home during a party in April. One witness said someone confessed to killing Martin; another said he saw Martin shoot himself.

The Associated Press obtained the audio through a state open records request. At the hearing in July, a six-person jury, without elaborating, overruled a local coroner’s decision that Martin shot himself, ruling instead that he died by “violence.”

Nearly two months after the inquest, Martin’s relatives worry that investigators, convinced in their initial finding of suicide, are ignoring the ruling from the coroner’s inquest jury.

“Honestly, I feel like I’m stuck and there’s nobody helping,” Martin’s mother, Ericka Lotts, said, fighting back tears. “I feel like nobody cares.”

Martin, 19, was among several young people at an April party at a home near Fredericktown, about 90 miles (145 kilometers) south of St. Louis.

Around 3 a.m. on April 25, a shot rang out from the attic. Martin was dead of a gunshot wound. The coroner ruled it a suicide.

Martin’s family didn’t believe it, and their concerns were heightened because the shooting happened at a home owned by a man who has used Facebook postings to mock foreign accents and defend the Confederate flag. One meme he posted said, “Here’s my apology for being white,” and shows a hand flipping a middle finger. In testimony at the inquest, he admitted using racial slurs.

Because the man is not charged with a crime, The Associated Press is not naming him. He does not have a listed phone number.

Much of the testimony at the inquest pointed to suicide, including that of Zachary Graham, who said he saw Martin in an attic closet, holding a gun to his own head.

“Did you see him shoot himself?” Rollins asked at the inquest hearing.

Others said Martin had been acting paranoid and aloof. Martin had methamphetamine in his system — enough to cause paranoia and irrational thinking — according to a toxicology report cited by Dr. Russell Deidiker, who performed the autopsy.

The family commissioned a second autopsy that indicated that the gun was fired from further away — proof, they believe, that someone else was the shooter. Deidiker downplayed the second autopsy, noting it was performed after Martin’s body was cleaned. He said it didn’t change his opinion.

But Phillip Lawler testified that the homeowner told him weeks after the shooting that he killed Martin.

“He just told me he didn’t like Black people and used the N-word,” Lawler testified. He said the man told him “that murder was the easiest thing in the world to get by with.”

The homeowner gave a different account of that conversation. He said he had approached Lawler about helping in case a protest over Martin’s death turned violent.

“I never once said, ‘I did it,’ or anything else,” the man said, though he said he told Lawler he “probably would have got less heat” if he’d actually killed Martin.

The man said he was on the main floor with others when the shot was heard, sending people scattering. Some of the young people, in testimony, backed up his account.

Neither Lawler nor Graham have listed phone numbers and they could not be reached for additional comment.

A May demonstration over Martin’s death drew about 100 protesters to Fredericktown. That region of Missouri was home to a former Ku Klux Klan leader, Frank Ancona, who was shot to death by his wife in 2017. At the May demonstration, someone in a car threw two nooses at protesters.

Lotts said another rally is planned for mid-October. She hopes it spurs a new investigation.

“I would like for the federal government to take over the case, or somebody in higher power, because they don’t seem equipped,” Lotts said of Madison County investigators and the Highway Patrol. “It’s like they don’t want anything to do with it.” 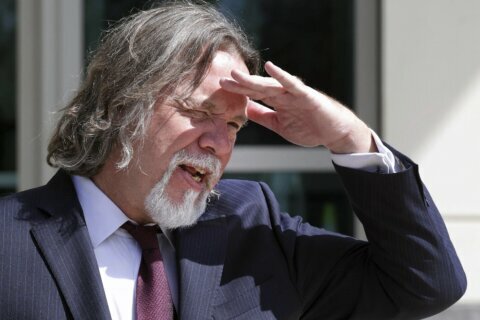