A report released this week in Arizona’s largest county falsely claims to have uncovered some 173,000 “lost” votes and 96,000 “ghost votes” in a private door-to-door canvassing effort, supposedly rendering the 2020 election in Maricopa County “uncertifiable.”

But its conclusions aren’t supported by any evidence, according to county election officials and outside election experts, who called the report’s methods “quasi-science” and its findings inaccurate.

Still, the 11-page document ⁠— which is separate from an ongoing partisan audit in the county ⁠— has been shared widely in conservative media and by Republican politicians, including state Rep. Mark Finchem, who is campaigning to be Arizona’s secretary of state — the state’s top election official.

Report author Liz Harris, an unsuccessful Republican legislative candidate and a real estate agent in the Phoenix suburb of Chandler, declined to respond to specific questions but said a more comprehensive version of the report would be released soon.

CLAIM: An estimated 173,104 “missing or lost” votes and an estimated 96,389 “ghost” votes cast by people who didn’t appear to live at their voter registration addresses indicate that the 2020 election in Maricopa County included irregularities and is “uncertifiable.”

THE FACTS: The report doesn’t provide evidence for these far-fetched claims, and the county’s election results have been certified for months.

The “Grassroots Canvass Report” that gained traction on social media on Wednesday weaves a narrative of hundreds of thousands of voting errors in Maricopa County, but it bases those allegations on interactions with a fraction of that number of votes, analyzing data on just 4,570 voters in a handful of voting precincts.

Harris claims in the report that these smaller-scale findings can be extrapolated out to the entire county “at a scientifically correlated confidence level of 95%,” but Stanford University political science professor Justin Grimmer said that’s inaccurate.

“From the description in the report, it is clear that this was not a random sample,” Grimmer said. Even if it was random, he said, certain areas were oversampled, and the authors didn’t take into account that the people who responded to the canvassers were likely different than those who didn’t respond.

“Their sample simply cannot justify their inference to the entire county,” Grimmer said.

It claimed on the cover that an address in Goodyear, Arizona, was a “vacant lot” from which voters cast illegal ballots. But that claim was quickly debunked on Twitter by a local ABC15 reporter and county officials.

After the error was pointed out, Harris released a new version of the report with a different example on the cover. But the new example, an allegedly vacant lot in Tempe, Arizona, also wasn’t evidence of any foul play.

The address is vacant now but used to be a mobile home park, according to Gilbertson. In 2020, one person who cast a mail-in ballot listed it as his permanent address. He requested his ballot be sent to a temporary address elsewhere, which is legal.

And there are other concerns to be aware of when it comes to sweeping claims of “lost” votes and “ghost” votes, according to Tammy Patrick, a senior adviser at the Democracy Fund and a former Maricopa County elections official.

Claims of “lost” votes — or votes cast but never counted — are problematic because research shows when people are asked if they voted months later, some will lie and say they did.

“Voters will over-report their participation in light of social pressure to demonstrate actions that they perceive as socially desirable,” Patrick said.

Meanwhile, claims of “ghost” votes — or votes cast from addresses where people don’t seem to live — don’t consider the fact that military and overseas voters are legally allowed to vote from their last domiciled address, Patrick said.

In an email to the AP, she called the report “yet another example of individuals who do not understand elections in Arizona using quasi-science to justify a preconceived position and further set a narrative.”

Called for comment, Maricopa County Recorder Stephen Richer said he was happy to address questions about potential errors but that “so far, no actual problems have been identified.” He said he asked Harris for specific examples of irregularities in March and she never followed up.

Harris declined to answer most specific questions about the report, but said the first specific claim about a vacant lot was a “typo.” She said that she was confident in her findings and that a more comprehensive report would be released soon.

Finchem, the secretary of state candidate who shared the report on social media, declined to comment. 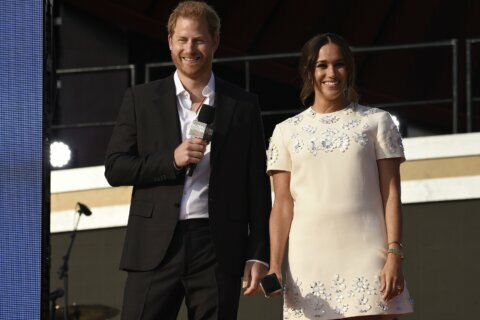 US Steel shuts down Indiana plant after wastewater discharge