DETROIT (AP) — Former Detroit Police Chief James Craig formally announced his campaign for governor Tuesday, but not before protesters derailed his kickoff event at a state park and forced him to move.

He effectively has been running for months but waited to make it official. He is among 10 Republicans, all of them political newcomers, looking to unseat Democratic Gov. Gretchen Whitmer in 2022. He and two others — former conservative media host Tudor Dixon and chiropractor Garrett Soldano — appear best positioned for the primary next August while many others may not be able to qualify for the ballot.

Craig, who would be Michigan’s first Black governor if elected, was to speak to reporters on Belle Isle in the middle of the Detroit River in his hometown. But he abandoned that plan when he was shouted down by a couple-dozen people critical of his role as chief.

He turned around and walked back toward a waiting vehicle, which took him to a nearby office complex. It was there that he made the announcement a short time later.

“My name is James Craig. And I’m running to be your governor,” he said, flashing a thumbs-up. “The governor for the state of Michigan.”

As for the disruption on the island park, Craig said a “small group of paid protesters did nothing. What they did is reinforce why we need change.”

Asked about his statement that the demonstrators were paid, Craig said he did not have evidence of that, but that he believed it.

“The message is: I’m winning,” he said. “I got the message out anyway.”

Craig was critical of Whitmer, saying the first-term governor “has been more focused on political science rather than actual science.” She has come under GOP criticism for ordering capacity restrictions and mask requirements to curb the spread of COVID-19, which has contributed to more than 20,000 deaths in the state. She lifted the rules in June, citing vaccinations and other factors.

Craig also predicted support for his campaign from outside southeast Michigan, saying: “I will resonate with those folks up north or on the west, because I’m authentic, I’m a leader and I’m blue-collar. I know what hard work looks like. Nobody’s ever given me anything.”

Rodericka Applewhaite, a spokeswoman for the state Democratic Party, said it “objectively was not a good morning” for Craig, who also planned stops in Flint and Grand Rapids after the rocky start.

“Disruption or no, Michiganders are the ones who lose here,” she said. “For months they’ve gone without answers from the Detroit Dodger on the integrity of our elections, his refusal to speak out against criminalizing abortion, his willingness to condemn the insurrection and every other issue he’s avoided for flashy national cable interviews. Michiganders deserve better.” 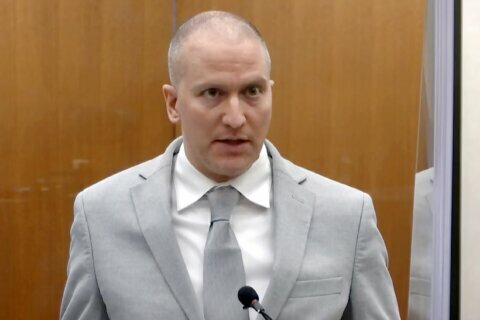