CHARLESTON, W.Va. (AP) — Fed up with the deadly work and poor wages and living conditions, thousands of coal miners marched to unionize in West Virginia a century ago, resulting in a deadly clash and the largest U.S. armed uprising since the Civil War.

On Friday, some of their descendants joined others in retracing the steps that led to the 12-day Battle of Blair Mountain. Multiple events are planned looking back at the fight, highlighted by the 45-mile (72-kilometer) march over three days.

“Every step you take, you just think about what kind of courage that took,” said United Mine Workers international President Cecil Roberts, whose great-uncle, Bill Blizzard, was a leader of the 1921 march as a union subdistrict state organizer.

The miners — whites, Blacks, and European immigrants — banded together, bent on doing something about their treatment by coal operators. They became known as the “Red Neck Army” for the distinctive bandanas around their necks.

At least 16 men died and many more were injured before the miners surrendered to federal troops in September 1921.

Bloody conflicts in the mining industry in the early 20th century, known as the West Virginia Mine Wars, have been overlooked in public schools. But Blair Mountain has received much more attention recently.

In 2018, the Blair Mountain Battlefield was restored to the National Register of Historic Places, protecting the site from coal operators’ mountaintop removal operations.

“We’ve gone from when I was a teenager it not even being talked about in class to now a much greater visibility,” said Chuck Keeney, a history professor at Southern West Virginia Community and Technical College and author of “The Road To Blair Mountain.”

“So it’s a testimony of the success of the preservation movement,” Keeney said. “And this movement’s revitalized the history.”

Keeney, whose great-grandfather Frank Keeney was president of the United Mine Workers union’s District 17 in West Virginia during the uprising, planned to march along with Roberts this weekend.

In 1920, southern West Virginia had the nation’s largest concentration of nonunion miners. Company towns were prevalent and oppressive. Miners lived in employer-built encampments and were paid in private company currency, called scrip.

Jean Evansmore of Mount Hope remembers her coal-mining grandfather getting food and supplies at the company-owned store. She said she wants others to use the Blair Mountain centennial to “understand the connections, an idea that you could get paid in something called scrip. That was very real. Scrip was a fraction of what a dollar was. That’s how people got paid.”

When union organizers showed up, the companies retaliated. In her 1925 autobiography, union organizer Mary Harris “Mother” Jones said she witnessed numerous conflicts between “the industrial slaves and their masters” during visits to West Virginia.

Matewan Police Chief Sid Hatfield sympathized with the unionization efforts. He led a group of miners in a May 1920 gunfight with private security guards who had been hired by coal companies to evict them for joining a union. Ten people were killed in what became known as the Matewan Massacre.

The miners made it to Logan County, whose sheriff, Don Chafin, was anti-union. Chafin assembled law enforcement officers, coal operator guards and recruited civilians to hold off the advancing miners, including using biplanes to drop a few homemade bombs. Federal troops sent by President Warren Harding eventually arrived by train.

According to historians, 13 miners and three deputies were killed and 47 others were wounded. Hundreds of miners later were acquitted on charges of murder and treason.

The setback at Blair Mountain stalled the UMW’s efforts in southern West Virginia and caused membership to plummet. When workers were finally guaranteed the right to collectively bargain in 1933 as part of President Franklin D. Roosevelt’s New Deal, West Virginia coal miners joined the UMW in droves, said Lou Martin, a history professor at Chatham University in Pittsburgh and a board member of the West Virginia Mine Wars Museum in Matewan.

UMW membership peaked in 1946, then spiraled downward as unions lost government support and the industry waged an all-out war on union mines. The numbers kept falling as the industry in the Appalachian coalfields declined.

Despite the exodus of mining jobs, money still flows into coalfield communities through worker retirement payments, health care benefits and pension plans, all thanks to the labor movement, Roberts said.

“If it wasn’t for the union, none of that would be happening right now,” he said. 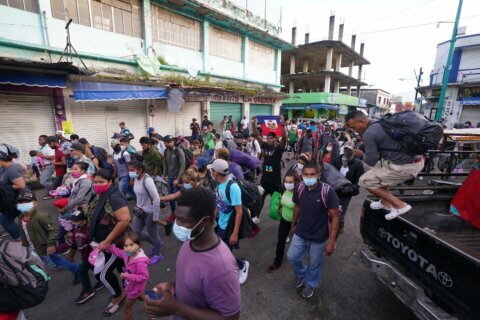