A man whom U.S. authorities have described as the world’s largest purveyor of child pornography would be sentenced to 21 to 27 years in prison under the terms of a new plea deal.
Listen now to WTOP News WTOP.com | Alexa | Google Home | WTOP App | 103.5 FM

COLLEGE PARK, Md. (AP) — A man whom U.S. authorities have described as the world’s largest purveyor of child pornography would be sentenced to 21 to 27 years in prison under the terms of a new plea deal.

The deal between Eric Eoin Marques and Justice Department prosecutors is designed to satisfy a judge in Maryland who rejected their original agreement, which called for a prison sentence of 15 to 21 years.

Defense attorneys outlined the new terms in a court filing on Friday. They said a 21-year prison sentence would be “fair and just” for Marques.

Marques’ lawyers also urged U.S. District Judge Theodore Chuang to impose a condition of supervised release that would allow Marques to live in Ireland, his home nation, after he completes his prison sentence.

Marques, who was 35 in May, is scheduled to enter his updated plea agreement and be sentenced next week. Chuang isn’t bound by the sentencing recommendation.

During a hearing in May, Chuang described the initial plea agreement as “too flawed” and said he was inclined to give Marques a longer sentence than 15 to 21 years. The judge criticized a provision of the plea deal that wouldn’t give Marques credit for six years he spent in custody in Ireland while fighting extradition after his 2013 arrest in Dublin. Chuang said he can’t tell the federal Bureau of Prisons to refrain from counting those years when Marques likely is entitled to get credit for that time.

The new plea deal calls for Marques to receive credit for the time served.

Marques, a dual citizen of the U.S. and Ireland, pleaded guilty in February 2020 to creating and operating a web hosting service called “Freedom Hosting” on the darknet between 2008 and 2013.

The darknet is part of the internet but hosted within an encrypted network. It is accessible only through anonymity-providing tools. Marques’ service enabled users to anonymously access millions of illicit images and videos, many depicting the rape and torture of infants and toddlers.

Investigators found what appeared to be more than 8.5 million images and videos of child pornography on the Freedom Hosting server, according to a court filing that accompanied Marques’ guilty plea.

Marques was living in Ireland at the time of the offenses. He was extradited to Maryland in March 2019. He pleaded guilty to conspiracy to advertise child pornography.

In an April court filing, a prosecutor said a government witness was prepared to testify that investigators had identified Marques as the largest purveyor of child pornography in the world and that he had made approximately $3.6 million in U.S. currency from his servers.

Marques’ lawyers say he made money from his legitimate web-hosting services, not Freedom Hosting.

“Though the contents of many of the websites it hosted were despicable and unlawful, the evidence shows that Freedom Hosting was a free service until just before Mr. Marques’ arrest,” they wrote in Friday’s filing. 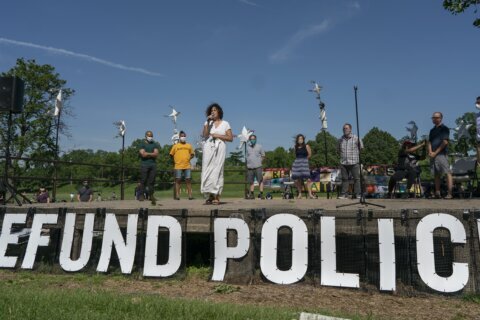