Arkansas inmates not told they were given anti-parasite drug

LITTLE ROCK, Ark. (AP) — Several inmates at a northwest Arkansas jail said they weren’t told a medication they were given to treat COVID-19 was actually an anti-parasite drug that federal health officials have warned should not be used to treat the coronavirus.

Three inmates at the Washington County jail told The Associated Press they didn’t know they were being given ivermectin until its use at the facility was revealed last week. The American Civil Liberties Union of Arkansas, which on Wednesday repeated its call for the practice to end, said it’s also heard similar complaints from inmates.

The inmates’ comments contradict assertions by the sheriff and the jail’s physician that the use of the drug was voluntary. The drug’s use at the jail has prompted an investigation by the state Medical Board.

“They were pretty much testing us in here is all they were doing, seeing if it would work,” said William Evans, an inmate who said he was given the drug for two weeks after he tested positive for COVID-19.

The U.S. Food and Drug Administration has approved ivermectin for use by people and animals for some parasitic worms and for head lice and skin conditions. The FDA has not approved its use in treating or preventing COVID-19 in humans.

The drug’s manufacturer, Merck, said in February that it had found no evidence that ivermectin is an effective treatment for patients with COVID-19.

Washington County Sheriff Tim Helder, a spokesperson for his office and jail physician Dr. Rob Karas did not respond to calls or emails on Wednesday. Karas last week released a lengthy statement defending the use of ivermectin, saying he had been prescribing the drug to inmates and patients at his clinics since late last year.

Edrick Floreal-Wooten, an inmate, said he was given ivermectin at the jail after he tested positive on Aug. 21.

“I asked what are they, and they’d just tell me vitamins,” Floreal-Wooten said. “With me being sick and all of us being sick, we thought that they were there to help us. I never thought they would do something shady.”

Floreal-Wooten said he refused to take the drug last week after seeing a news article about ivermectin being prescribed to inmates.

Asked whether he would have taken the drug had they told him at the outset it was ivermectin, he responded: “Never. I’m not livestock. I’m a human.”

The ACLU said it has also heard from several inmates who say they were told the drug was vitamins or steroids.

In a letter to Helder on Wednesday, the ACLU said some inmates are prepared to file a lawsuit to halt the drug from being prescribed. The group said it was “unconscionable” that inmates weren’t informed they were being given the drug.

“They have a right to know what they are being given,” ACLU of Arkansas Executive Director Holly Dickson said. “This is not a right they forego by virtue of being locked up.”

Before the jail’s ivermectin use was revealed, the state Medical Board told Karas last month that it received two complaints against him over a post on his clinics’ Facebook page where he said he didn’t believe face masks decreased the spread of viruses, according to documents released under a Freedom of Information Act request.

Karas told the board in written responses last week that his opinions were based on his 20-plus years of experience and “review of the literature through the years.”

Pharmacy prescriptions for ivermectin have jumped nationwide this summer, and health officials in Arkansas and other states have issued warnings after seeing a spike in poison control center calls about people taking the animal form of the drug to treat COVID-19.

The Centers for Disease Control and Prevention last week sent an alert about the trend to doctors. The CDC said there is not good evidence that ivermectin is effective at preventing or treating COVID-19, and that the government has not authorized it to be used against the coronavirus.

Despite the warnings, Republican lawmakers in Arkansas and other states have touted the drug as a potential treatment for COVID-19.

Dr. Jose Romero, Arkansas’ secretary of health, wouldn’t say whether he thought it was appropriate for the inmates to be prescribed ivermectin but said using any drug off-label would require an agreement between the physician and the patient.

“I don’t know what agreement has been made,” Romero told reporters at a news conference this week. Romero said the Arkansas Health Department doesn’t endorse its use for COVID-19. 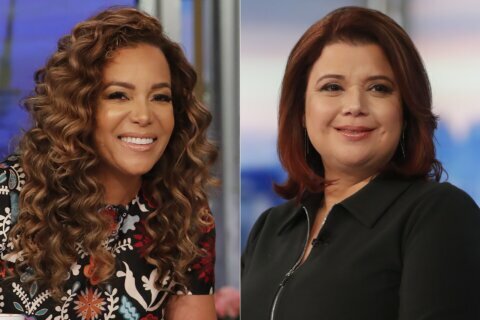 Lawyers: Man killed no one, so nix death penalty possibility