The state of Alabama on Thursday asked to dismiss its lawsuit challenging the U.S. Census Bureau’s use of a controversial…
Listen now to WTOP News WTOP.com | Alexa | Google Home | WTOP App | 103.5 FM

The state of Alabama on Thursday asked to dismiss its lawsuit challenging the U.S. Census Bureau’s use of a controversial statistical method aimed at keeping people’s data private in the numbers used for redrawing congressional and legislative districts.

Alabama and three Alabama politicians had sued the Commerce Department, which oversees the Census Bureau, in an effort to stop the statistical agency from using the method known as “differential privacy.” They also wanted to force the bureau to release the redistricting numbers earlier than planned. Normally, the data are released at the end of March, but the Census Bureau pushed the deadline to August because of delays caused by the coronavirus pandemic.

A three-judge panel agreed to dismiss the lawsuit late Thursday.

Alabama originally claimed the delay was caused by the bureau’s attempt to implement differential privacy, which the state’s attorneys said would result in inaccurate redistricting numbers. A three-judge panel in June refused to stop the Census Bureau from using the statistical method. In July, Alabama and the Commerce Department asked that the lawsuit be put on hold so that the state could decide how to proceed after the redistricting data was released in mid-August.

“While we continue to believe that the Census Bureau’s production of intentionally skewed redistricting data half a year late was unlawful, dismissing the lawsuit now is in the state’s best interest to allow the Legislature to focus on redistricting based on the data it finally received,” Alabama Attorney General Steve Marshall said Thursday in a statement.

Differential privacy adds intentional errors to the data to obscure the identity of any given participant in the 2020 census while still providing statistically valid information. The Census Bureau says more privacy protections are needed than in past decades as technological innovations magnify the threat of people being identified through their census answers, which are confidential by law.

Two actions by the Census Bureau also alleviated some of the Alabama officials’ concerns. First, the statistical agency released the data in August, instead of September as previously planned. Then, it reduced the amount of error injected into the data, Marshall said.

“Again, while not perfect, the resulting data Alabama received appears to be more accurate than it likely would have been had Alabama not drawn attention to the Bureau’s plans,” Marshall said. “Given these positive developments and the need to timely complete redistricting, dismissing the lawsuit at this stage makes sense.” 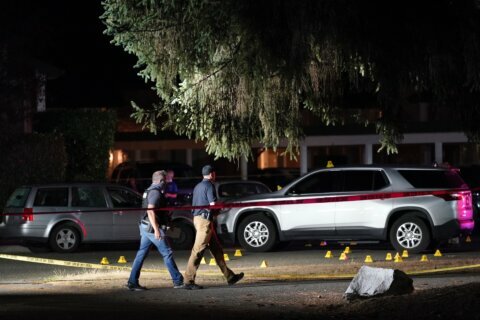