JERUSALEM (AP) — In an unusually harsh speech, President Mahmoud Abbas on Friday gave Israel one year to end its occupation of territories the Palestinians want for a future state. He threatened to withdraw recognition of Israel — a cornerstone of three decades of failed peace efforts — if it failed to do so.

Abbas delivered the vague ultimatum in a long, prerecorded address to the U.N. General Assembly in which he accused Israel of “apartheid” and “ethnic cleansing,” explosive terms rarely employed by the 85-year-old leader, who has long been committed to a two-state solution.

“If the Israeli occupation authorities continue to entrench the reality of one apartheid state as is happening today, our Palestinian people and the entire world will not tolerate such a situation,” Abbas said. “Circumstances on the ground will inevitably impose equal and full political rights for all on the land of historical Palestine, within one state.”

A one-state solution, while popular with some Israeli and Palestinian activists, would mean the end of Israel as a Jewish-majority state. No major Israeli or Palestinian party supports such an outcome.

Abbas spoke against a backdrop showing the Al-Aqsa mosque in Jerusalem, a flashpoint holy site sacred to Muslims and Jews, and a series of maps of the region showing Israel’s territorial expansion over several decades of war and conflict.

He said he was willing to negotiate final borders over the coming year but that if Israel did not ultimately end its occupation of territories seized in the 1967 war, then he would reconsider recognition of Israel.

“If this is not achieved, why maintain recognition of Israel based on the 1967 borders?” Abbas said. He also threatened to confront Israel at the International Court of Justice.

Israel’s ambassador to the U.N. said Abbas had “proved once again that he is no longer relevant.”

“Those who truly support peace and negotiations do not threaten delusional ultimatums from the U.N. platform as he did in his speech,” Gilad Erdan said in a statement.

Israel captured the West Bank, east Jerusalem and Gaza in the 1967 war with neighboring Arab countries, territories the Palestinians want for their future state. It annexed east Jerusalem in a move not internationally recognized and withdrew its forces from Gaza in 2005. The Islamic militant group Hamas won parliamentary elections a year later and seized Gaza from Abbas’ forces in a bloody power struggle in 2007.

Israel has made various offers over the years that it says would have given the Palestinians independence in most of the territories. But the Palestinians — always the weaker negotiating party — said each proposal fell short of granting them full statehood and resolving other core issues, like the fate of Palestinian refugees and the status of Jerusalem.

Palestinian recognition of Israel was the foundation of the 1993 Oslo accords that launched the Middle East peace process. Talks ground to a halt more than a decade ago, and Israel’s current prime minister, Naftali Bennett, is opposed to the creation of a Palestinian state alongside Israel, which is still widely seen internationally as the only way to resolve the conflict.

Abbas’ harsh rhetoric reflects widespread Palestinian frustration with the moribund peace process. But it could also be seen as a way of burnishing his nationalist credentials at home, where he faces a major backlash from Palestinians frustrated by his long rule and the increasingly authoritarian Palestinian Authority.

A poll released this week found that nearly 80% of Palestinians want him to resign. Abbas’ presidential mandate expired in 2009, but he has continued as head of the PA, which administers parts of the Israeli-occupied West Bank.

Abbas canceled the first Palestinian elections in 15 years back in April when it appeared his Fatah party would suffer an embarrassing loss. He was largely sidelined during the 11-day Gaza war in May, when support for his militant Hamas rivals soared.

The death of a prominent critic of the PA while in the custody of Palestinian security forces in June sparked widespread protests in which the security forces beat and arrested several demonstrators.

But Abbas is still viewed internationally as the representative of the Palestinian cause and a vital partner in the peace process. His forces coordinate security with Israel, targeting Hamas and other militant groups that both view as a threat — a policy that has contributed to his unpopularity.

Abbas has made veiled threats before, and is unlikely to follow through with the kind of drastic political decision that would spell the end of the PA, which was created through the Oslo accords. His government also relies heavily on aid from the international community, which remains committed to a negotiated two-state solution. 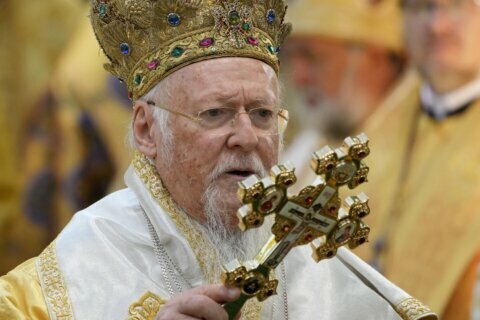 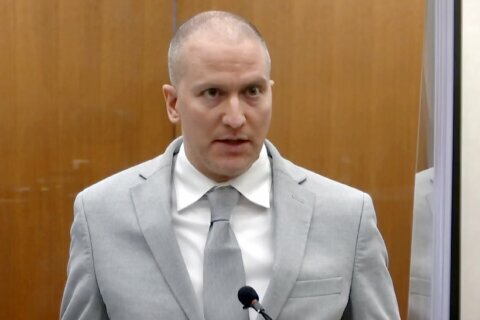 Judge in Chauvin trial to release names of jurors on Nov. 1